Books you should read ASAP! 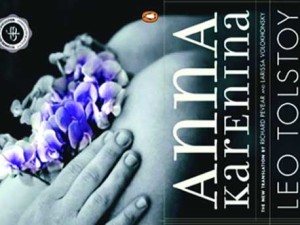 In September last year, Huffington Post, a very popular American online news aggregator and blog founded in 2005, published a list of 30 books that must be read by one before reaching to the age 30. The best books aren’t static stories, but living entities with meanings that change and grow along with you – the website explained as the reason of recommending the books it listed. Upon exploring the list, we have identified some books and would like to recommend for our readers that should be read as soon as possible. Check out the books!

“Anna Karenina,” by Leo Tolstoy
Anna Karenina is a novel by the Russian writer Leo Tolstoy, published in serial installments from 1873 to 1877 in the periodical The Russian Messenger. Tolstoy considered Anna Karenina his first true novel, when he came to consider War and Peace to be more than a novel. It is the tragic story of a married aristocrat/socialite and her affair with the affluent Count Vronsky. This book is a classic for a reason: There’s much to be learned from Anna’s mistakes, but also the successes of her peers, such as Levin, who, as he gets older, embraces simple living.

“A Collection of Essays,” by George Orwell
George Orwell’s collected nonfiction, written in the clear-eyed and uncompromising style that earned him a critical following   One of the most thought-provoking and vivid essayists of the twentieth century, George Orwell fought the injustices of his time with singular vigor through pen and paper. In this selection of essays, he ranges from reflections on his boyhood schooling and the profession of writing to his views on the Spanish Civil War and British imperialism.

“Hamlet,” by William Shakespeare
Huffington Post strongly advises against entering your 30s without having read (and we mean really read and fully ingested) one of Shakespeare’s tragedies. ‘If you have to pick just one, pick “Hamlet.” Perhaps it’ll help you with that pesky indecision you’re likely experiencing if you’re a 20-something’. It was written by Shakespeare between 1599 and 1602.

“Autobiography of Malcolm X,” as told to Alex Haley
Malcolm X, born Malcolm Little and also known as El-Hajj Malik El-Shabazz, was an African-American Muslim minister and human rights activist. To his admirers he was a courageous advocate for the rights of blacks, a man who indicted white America in the harshest terms for its crimes against black Americans; detractors accused him of preaching racism and violence. He has been called one of the greatest and most influential African Americans in history.
The Autobiography of Malcolm X was published in 1965, the result of a collaboration between Malcolm X and journalist Alex Haley. Haley coauthored the autobiography based on a series of in-depth interviews he conducted between 1963 and Malcolm X’s 1965 assassination. The Autobiography is a spiritual conversion narrative that outlines Malcolm X’s philosophy of black pride, black nationalism, and pan-Africanism.