How I Became a Muslim – Musa Caplan 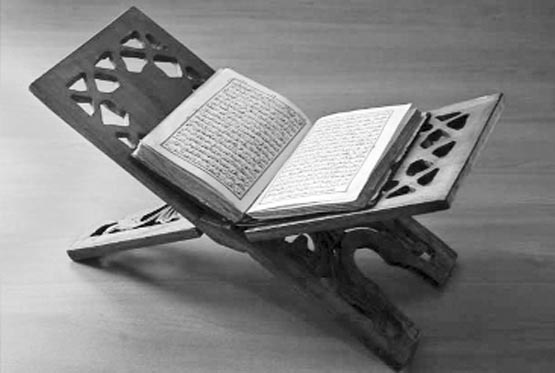 Here is one of the key factors that led me to explore my heart to find the truth of life.
Prior to my conversion to Islam, I lived my life as a Jew. Although my family was not traditional, I learned Judaism from traditional Jews. I went to an Orthodox Jewish synagogue, and an Orthodox Jewish school. I lived, and continue to live, in a Jewish community in the United States where there is little diversity. And considering how much Judaism was involved in my life, I did not have any non-Jewish friends. But about a year ago, I began to chat online quite often and my e-mail list slowly began to fill with more and more Muslims. I developed a strong interest for studying other religions as well as my own. I paid special attention to Islam, for I knew it was a religion not much different than Judaism. We share many similar prophets (peace be upon them all), morals, values, and most importantly, we worship the same God — Allah. Although I knew much about Islam and knew it was a peaceful religion, I cannot say I did not have stereotypes. I was lucky because I knew many Muslims online, one of which was my girlfriend who I consider to be my guide to Islam. She led me to the doors of Islam, and Allah took me through the rest.
I decided to look deeper into the faith. By doing so I discovered flaws in my own religion. According to the Old Testament, the great Prophet Aaron committed the worse sin possible. Due to pressure put upon him by the people while waiting for Moses to return with the Torah from Mount Sinai, he built an idol.
How could a great prophet possibly commit one of the three sins that are so great that one should prefer death before committing them? In the Qur’an, Moses comes down and sees the Jews worshiping the Golden Calf. At first he thinks it is the creation of Aaron and is angry at him; later he finds it was other Hebrews who had created this idol. A lot can be learned from this story.
Would a nation of people led by God really be forgiven for such a sin? My view on this story matches the Islamic view that the Old Testament has changed over the years. In the past, there have been many Cohaneem (religious leaders at the Holy Temple) who were corrupt. Couldn’t it easily be possible for them to have changed Judaism to make it easier to observe and less time-consuming in order to make more money with their profession?
Another astonishing factor that led me to Islam is the scientific truth written in the Qur’an. The Qur’an mentions the human embryonic development long before it was discovered by science.
“And certainly We created man of an extract of clay, Then We made him a small seed in a firm resting-place, Then We made the seed a clot, then We made the clot a lump of flesh, then We made (in) the lump of flesh bones, then We clothed the bones with flesh, then We caused it to grow into another creation, so blessed be Allah, the best of the creators.” (Al-Mu’minun 23:12-14)
The Qur’an also mentions how mountains are formed and talks about the layers of the atmosphere! These are just a few of so many scientific discoveries mentioned in the Qur’an 1400 years before discovered by science.
Here is one of the key factors that led me to explore my heart to find the truth of life. In Arabic, the word Islam comes from salama which means “to submit”; “purity” and “peace” come from the same root. The person submits to the One, the Merciful, and the Most Beneficent Allah; whereas other religions are named after people: Judaism comes from the tribe of Judea, Christianity from Jesus Christ, etc. Islam is a word derived from a verb; anyone who submits to Allah and believes in all the prophets is a true Muslim. Many of the great prophets mentioned in the Old Testament lived prior to Judaism and Judea; they submitted to God, and therefore they were all Muslims. And we shall live as the prophets lived, for they were great human beings.

Considering my situation of being very young and living in an all-Jewish area, it would be difficult to have my beliefs accepted. My parents and relatives are very respectful, but I am unsure how they would react if it is their own son who reverts to Islam. So for now, I am unable to live out an Islamic life to the fullest, but thanks to Allah, I am able to pray five times a day, I am able to study Islam online, and at least I am openly able to believe in one God and express those feelings. In some ways it can be very difficult. I become more emotional than most people would when I debate something involving Muslims, for example the Middle East. When I talk about Israel, my whole family supports Israel and doesn’t know the truth of what goes on to Palestinians, but I think they should have proper treatment for the Palestinians. And when they talk about this situation, I become easily offended, especially if they bring up the idea that it is “the Jewish Holy Land” and “Promised Land.”
Because I have not yet told my parents of my reversion to Islam, I am unable to attend prayers at a mosque. As I stated before, my area has little diversity and all the mosques are far away. I have never had the opportunity to do Shahadah in front of witnesses2 although I have said Shahadah for the best witness of all — Allah. When I am 16 in about one year, I will be able to drive to the mosque, in sha’ Allah (Allah willing). The most important thing is to improve the person I am. I try to avoid my friends who do drugs, watch porn, drink alcohol, and steal. It is not always easy to avoid close friends, but I try my best for the sake of Allah. And I hope over time my personality will meet what Allah wishes to see from us all.
When studying Qur’an, my advice to you is to read it for yourself. Looking at biased websites, you are not able to see the full content of a verse.
Through this whole experience I have discovered that I did not find Islam, I re-embraced Islam; nor did I convert, I reverted; and on my ride from darkness to light, it has only made me a stronger, more spiritual, and a better human being. May Allah guide us all to the truth that I was led to.
Ash-hadu an la ilaha illa Allah, wa ash-hadu anna Muhammad rasulu Allah!

This article is taken from www.islamreligion.com.