Mysteries of the Brain 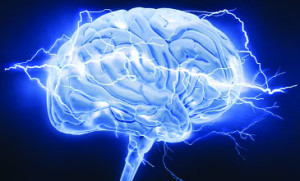 For centuries, the brain was a mystery. Only in the last few decades have scientists begun to unravel its secrets. In recent years, using the latest technology and powerful computers further key discoveries have been made.
However, much remains to be understood about how the brain works. Here are five important areas of study attempting to unlock the last secrets of the brain.
How to fix it

When we think, move, speak, dream and even love – it all happens in the grey matter. But our brains are not simply one colour. White matter matters too.
Much of the research into dementia has focused on the tell-tale plaques of beta amyloid and tau protein tangles which occur in the grey matter.
But one British scientist, Dr Atticus Hainsworth says the white matter – and its blood supply – may be equally important.
The white colour results from fatty sheaths around the axons – which are extensions of the nerve cell bodies and help the cells to communicate.

He is using banks of donated brains, in Oxford and Sheffield, to analyse white matter for potential triggers such as leaking blood vessels.
“Some of the cases had an MRI or CT scan and that information can help give more clues about whether there was disease in the white matter – and what its basis might be,” says Dr Hainsworth.
If leaking blood vessels in white matter do play a key role in the development of dementia then it may offer up a another potential route for new drug therapies.
How to make us
all geniuses
For years caffeine was used to enhance alertness. But popping a pill to get straight-A’s may soon become the norm.
At Cambridge University neuroscientist Barbara Sahakian is investigating cognitive enhancers – drugs which make us smarter.
She studies how they can improve the performance of surgeons or pilots and asks if they could even be used to make us more entrepreneurial.
But she warns that there is no long-term safety information on these drugs and as a society we need to talk about their use.
She says the scientific and ethical challenges created by drugs which affect the production of brain chemicals like dopamine and noradrenaline – which induce pleasurable or “fight or flight” responses – need to be debated in order to decide whether drug-tests become routine before taking an exam.
Dr Sahakian adds: “I frequently talk to students about cognitive-enhancing drugs and a lot of students take them for studying and exams.
“But other students feel angry about this, they feel those students are cheating.”

How can we harness our unconscious?
People need to be on top of their game when mastering skills like playing a musical instrument or detecting a bomb.
But research suggests that our unconscious can be harnessed to help us excel.
Repeatedly playing a tricky piece of music obviously helps develop a familiarity with the bits that are most difficult.
But cellist Tania Lisboa, who’s also a researcher in the Centre for Performance Science at London’s Royal College of Music, says it also helps to send the trickier parts of a piece from her conscious to the unconscious part of her brain.
After hours of practice, a fluent musician’s brain stores how to play the piece in an area at the back of the brain called the cerebellum – literally “the little brain”.
Neuroscientist Prof Anil Seth, of Sussex University, says: “It has more brain cells than the rest of the brain put together.
“It helps to promote fluid movements.. So the conscious effort of learning how to bow a cello is moved from the cortical areas which are involved when it’s new or difficult over to the cerebellum, which is very good at producing unconscious fluent behaviour on demand.”
Music and defence may not appear to have much in common, but the unconscious can also help detect potential threats, whether it’s a suspicious person in a crowd or the presence of an improvised explosive device.
The unconscious brain is really good at spotting patterns – a skill which Paul Sajda at Colombia University in New York exploits – right at the boundary of the conscious/sub-conscious.
“I can flash 10 images a second and if one of those images has something out of the ordinary..that will essentially cause me to re-orient my brain to that image – but I’m not exactly aware of what that is.”
Brain activity is monitored whilst the analyst looks at images so that researchers can later see which images triggered reactions.
What dreams are for
It’s just 60 years since scientists in Chicago first noted the tell-tale “rapid eye movement” or REM sleep which we now associate with dreaming.
But our fascination with dreams dates back at least 5,000 years to ancient Mesopotamia when people believed that the soul moved out of a sleeping body to visit the places they dreamed of.
REM sleep – which occurs every 90 minutes or so – begins with signals from the base of the brain which eventually reach the cerebral cortex – the outer layer of the brain which is responsible for learning and thought.
These nerve impulses are also directed to the spinal cord, inducing temporary paralysis of the limbs.
Prof Robert Stickgold, from the Beth Israel Deaconess Medical Center for Sleep and Cognition in Boston, believes that dreams are vital for processing memory associations.
He has asked the subjects of some of his sleep studies to play Tetris – and then noted their descriptions of how they floated amongst geometric shapes in their dreams.
He’s an admirer of Japanese scanning research where the scientists could “read” the dreams of subjects as they had MRI scans.
But he says it’s hard to get people to sleep in a noisy, expensive scanner.
And the future? “I would like to see research which reveals the rules for dream construction – and how it relates to the larger concept of memory processing during sleep.”
One even more elusive goal: how to dream just happy dreams and ditch the bad ones, especially nightmares.
Can we cure
unreachable pain?
Excruciating chronic pain is one of medicine’s most difficult problems to solve.
Untouched by conventional treatments like painkilling drugs, surgeons are now testing their theory that deep brain stimulation could provide relief.
It is a brain surgery technique which involves electrodes being inserted to reach targets deep inside the brain.
The target areas are stimulated via the electrodes which are connected to a battery-powered pacemaker surgically placed under the patient’s collar bone.
One of the pioneers of this technique is Prof Tipu Aziz at the John Radcliffe Hospital in Oxford.
Deep brain stimulation has been used in the past for Parkinson’s disease and depression, and is now being trialled on obsessive compulsive disorder patients as well as those in chronic pain.
One of his patients, Clive, has suffered from terrible pain for nearly a decade after an operation to remove a disc in his neck.
“Sometimes I thought that if I had an axe, I’d chop my own arm off, if I thought it would get rid of the pain.”
The doctors explained to him that his brain was getting signals from his arm to his brain confused and that the electrodes could help.
In Clive’s case this was an area of the brain called the anterior cingulate.
A week after his surgery he was one of the fortunate 70% of patients for whom the deep brain stimulation provides relief.
“It’s great to be out of that pain now. Since having the implant I can sit down for longer, I am able to walk further, everything is an improvement.”
Prof Aziz is treating medical conditions. But he is aware of ethical dilemmas which could arise if the technique was applied to other areas.
“Putting electrodes in targets to improve memory.
“Or you could put electrodes into people to make them indifferent to danger and create the perfect soldier.”
Written based on a feature article by Paula McGrath