Internet of Things to Replace the Web 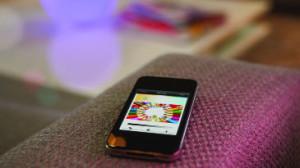 We may have got the idea that the “internet of things” is likely to control every object on earth. But most of us don’t recognize just how far the internet of things will go, from souped-up gadgets that track our every move to a world that predicts our actions and emotions. In this way, the internet of things will become more central to society than the internet as we know it today. The web will survive, just as email survived the arrival of the web. But its role will be reduced to that of a language for displaying content on screens, which are likely to be more ubiquitous but less necessary. Here’s a closer look at the internet of things that’s already here, and where it’s headed.
The pioneer species of the internet of things is the smartphone. For example, every time we take a smartphone with us in a car, it beams information on our location and speed to Google. The result is real-time traffic information that can be used by everyone.
That smartphones gather traffic data without their users ever being aware that they’re doing so shows how the internet of things replaces the internet-related actions we already know—click a button, navigate a webpage—with context. This awareness, especially as it relates to where we are in the physical world, what time of day it is, and whatever other data Google and other companies have about us, leads to what Amber Case, a researcher for mapping company Esri, calls “invisible buttons.” An invisible button is simply an area in space that is “clicked” when a person or object—in this case, a smartphone—moves into that physical space. It could be as small as a two-inch square on top of a conventional credit card reader, to enable payments, or as large as a room, which might want to know that you have entered or left so that it can turn on or off the lights. With Phillips’ Hue and countless other smart lights, this is already possible.
If invisible buttons were just rigidly defined on-off switches, they wouldn’t be terribly useful. But because the actions they trigger can be modified by an infinitude of other variables, such as the time of day, our previous actions, the actions of others or what Google knows about our calendar, they quickly become a means to program our physical world.
That we currently need a cell phone to act as a proximity sensor is just an artifact of where the technology is at present. The same can be accomplished with any number of other internet-connected sensors. GE and Quirky’s motion, sound, light, temperature and humidity sensor, called Spotter, is a good example. It’s even possible to determine proximity indirectly—for example, internet-connected smart energy systems can figure out you’re home the moment you switch on a light.

Apple seems keen on the idea of invisible buttons. While the company has been relatively quiet about the technology, it recently rolled out something called iBeacon, which allows any newer iPhone or Android phone to know its position in space with centimeter precision. You can think of iBeacon as a version of GPS that works indoors, and which is also more precise. This allows the developers using Apple’s technology to define “invisible buttons” of just about any dimensions.
What do Apple and its consumers get from this innovation? Apple gets more access to its customers; its customer get more access to its stuff. Apple just rolled out iBeacon technology in its own retail stores
Right now companies like Estimote are pitching to retailers the hardware “beacons” that broadcast the signal required to make iBeacon work. That Apple has made iBeacon open enough to work with third-party hardware providers like Estimote shows that Apple wants the standard to spread.
Notably, the signals broadcast by any iBeacon-compatible radio (which broadcast signals known as Bluetooth Low Energy) can also be picked up by Android and Windows phones, which shows that Apple is trying to dominate a technology that could become ubiquitous across phones. This means invisible spatial buttons that could be so small that touching your smart phone, smart watch or other equipped device to a surface will allow you to press that “button.” There’s nothing stopping this technology from be squeezed into something as small as a credit card, or being embedded in clothing or other discrete wearable devices like fitness sensors, wristwatches or even temporary tattoos.
Objects on our bodies (health monitors, smart glasses) and in our homes and businesses (smart thermostats, lights, appliances and security systems) can all be programmed to interact in complicated and unexpected ways once the internet knows that we’re present and what our intentions might be. For example, a smart home might know when you wake up based on the activity monitor on your wrist, and begin warming up the house, brewing a pot of coffee and switching off your security system. That’s the vision of companies like Smart things, which is in the forefront of making the internet of things accessible to people other than techies and hobbyists.
These pro-active actions are all part of what some call “anticipatory computing.” Invisible buttons and other contextual information about you will allow the internet to do more than facilitate your needs. It would actually anticipate them. Google Now is a good example of the potential of this technology. As long as you opt in, Google has access to every meaningful store of explicit data about yourself you create—email, contacts, calendars, social media—and plenty of implicit ones as well, like your web-browsing history. Adding location and other physical inputs to that data allows Google Now to do everything from sending you hyper local news items targeted to the precise neighborhood in which you live to offering information about the television show you’re watching at that exact moment.
So what’s required for more companies to tap into anticipatory computing? There are companies that specialize in “reality mining,” which refers to using data to track the remarkable predictability of our daily lives. This is a potential bonanza for marketers who want to target ads to particular times and places. Marketers are already starting to use this technology to target both online and real-world advertising (like billboards).

The next layer of the internet of things will require combining disparate streams of data “mined” from reality—everything from your location to the members of your social network. This is called sensor fusion, a task that is basic to all big data projects. Knowing where you are throughout the day won’t mean much, but add in data about who else is present and a computer algorithm can tell you how likely you are to get the flu. Finding the connections—in other words, meaning—in all this data is key to making it useful. “We have frictionless data gathering but we don’t have frictionless correlation,” Esri’s Case said at last year’s Le Web conference. “If you have to be a data scientist to do it, then it’s totally wrong.”
Mike Bell, head of the new devices group at Intel, says that the future of smart devices, “whether it’s a wearable [computer] or a next-generation tablet replacement, will have a real user interface, but it’s not necessarily visual.” Bell, whose primary interest is wearable computing, can’t talk about what Intel is currently working on, but I’d guess from our conversations that it’s more likely to look like a wristband fitness monitor than another cell phone.
In other words, the internet of things will replace the internet, but not by giving us another way to explicitly tell computers what we want. Instead, by sensing our actions, the internet-connected devices around us will react automatically, and their representations in the cloud will be updated accordingly. In some ways, interacting with computers in the future could be more about telling them what not to do—at least until they’re smart enough to realize that we are modifying our daily routine.

If this all sounds like mind reading, that’s because in a way it is. Munjal Shah, entrepreneur in residence at Charles River Ventures, surveyed a thousand peopleabout what super powers they would acquire if they could. The most popular answer was “speak all languages,” but the number two answer might surprise you: the ability to comfort anyone. Shah had conducted the survey in order to determine what sort of businesses could be built to give people these abilities (the first one, universal translation, is at least plausible). Comforting a friend is, he concluded, exactly the sort of thing the internet of things would be good at. First, our connected devices will be able to monitor our state—inactivity could indicate sickness or depression. And maybe we’ve recently posted on social media about a tragedy that befell us. Text alerts are sent out to friends, asking them to reach out, and voila—in as much as mediated communication is any sort of comfort, no one need ever feel lonely again.
Once our possessions can both sense and respond, and are directed for the most part by computers, the world becomes something like a living creature. “We believe the digital world and the physical world are merging, and that done correctly what this will do is create a virtual representation of all of our physical devices online,”said Jeff Hagins, chief technology officer of Smartthings. “What that will accomplish is that it will make the physical world programmable. When we change the digital representation, the physical world will change in response.” If your goal is to fuse your mind and body with the internet, this is good news. But if you were hoping that in the future, getting away from it all would be as simple as switching off your mobile phone, you’re in for a rude surprise.