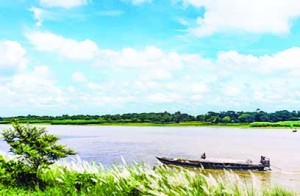 Alternative energy is any energy source that is an alternative to fossil fuel. According to Wikipedia this term presupposes a set of nontraditional energy sources that is considered neither to be a contributing factor of global warming nor harm the environment. In a general sense “alternative energy” includes all forms of renewable energy sources and sometimes excludes nuclear energy as an option.
What is so concerning?
We all are acquainted with fossil fuels that contain high percentages of carbon and include coal, petroleum, and natural gas. The world will face energy shortages and increasing energy prices within the next few decades. It was estimated by the Energy Information Administration that, in 2007, primary sources of energy consisted of petroleum 36.0%, coal 27.4%, natural gas 23.0%, amounting to an 86.4% share for fossil fuels in primary energy consumption in the world. Fossil fuels are non-renewable resources because they take millions of years to form, and reserves are being depleted much faster than new ones are being made. The production and use of fossil fuels raise environmental concerns. The burning of fossil fuels produces around 21.3 billion tonnes of carbon dioxide per year, which is one of the greenhouse gases that enhances radiative forcing and contributes to global warming, causing the average surface temperature of the Earth to rise in response and many major adverse effects.
Supply risks to power generation
Primary energy sources are the reserves in the ground and consumption of all three resources has been increasing day by day. The wide scale use of fossil fuels like coal and petroleum is to fire steam engines that enabled the Industrial Revolution. At the same time, gas lights using natural gas, automobiles and trucks greatly using gasoline and diesel oil, both made from fossil fuels. Other forms of transportation, railways and aircraft, also require fossil fuels. Another major use for fossil fuels is in generating electricity and thereby running the petrochemical industry. Tar, a leftover of petroleum extraction, is used in construction of roads. Calculations showed that years of fuel production left in the ground with the current reserves and flows are,
Coal: 148 years
Oil: 43 years
Natural gas: 61 years.
So, what will happen next ? What if all the electricity is gone after 50 years? And all the vehicles and machines are stopped forever ?

A shift in potential sources to meet demand
Fortunately, we are not the only people thinking about that. Barack Obama once said, “To truly transform our economy, protect our security, and save our planet from the ravages of climate change, we need to ultimately make clean, renewable energy the profitable kind of energy.”
The ex-president of United States Jimmy Carter demanded, “Because we are now running out of gas and oil, we must prepare quickly for a third change, to strict conservation and to the use of coal and permanent renewable energy sources, like solar power.” One estimate showed that diverse renewable energy sources currently provide only about 8% of US needs and about 14% of world needs. Renewable energy technologies could, if developed and implemented, provide nearly 50% of United States energy needs which would save about 17% of United States land resources.

Future energy won’t invent itself
Now, what are the common types of alternative energy? The list may start with these sources,
1. Solar energy- is the generation of electricity from the sun. It is split up into two types, thermal and electric energy. In 90 minutes, enough sunlight strikes the earth to provide the entire planet’s energy needs for one year. While solar energy is abundant, it represents a tiny fraction of the current energy mix. But driven by global action to improve energy access and supply security and to mitigate climate change, countries and companies are investing in solar generation capacity on an unprecedented scale, and, as a consequence, costs continue to fall and technologies improve. Solar thermal energy systems collect the sun’s radiant energy
and convert it into heat. This heat can be used directly for
household and industrial purposes or to produce steam to drive turbines that produce electricity. These systems range in complexity from solar ponds to electricity-generating parabolic troughs.
2. Wind energy- is the generation of electricity from the wind. For many centuries, wind power has provided energy to pump water and to run mills and other machines. Today, turbines with a capacity of at least 500 kW produce most commercially wind-generated electricity. Operating at an ideal location, one of these turbines can run at maximum 30% efficiency and yield an energy output of 1.3 million kWh per year.
3. Geothermal energy- is using hot water or steam from the earth’s interior for heating buildings or electricity generation. Examples are geysers and hot springs, like those at Yellowstone National Park in the United States. Geothermal energy sources are divided into three categories: hydrothermal, geopressured– geothermal, and hot dry rock. The hydrothermal system is the simplest and most commonly used one for electricity generation. The boiling liquid underground is utilized through wells, high internal pressure drives, or pumps.
4. Biofuel and ethanol are plant-derived substitutes of gasoline for powering vehicles. Clearly, as the supply diminishes, a shift from petroleum to alternative liquid fuels will be necessary. Biofuel analysis focuses on the potential of three fuel types: ethanol,methanol, and vegetable oil. Burned in internal combustion engines, these fuels release less carbon monoxide and sulfur dioxide than gasoline and diesel fuels. However, because the production of most of these biofuels requires more total fossil energy than they produce as a biofuel, they contribute to air pollution and global warming a small extent.
5. Hydrogen is used as clean fuel for spaceships, and some cars. Using solar electric technologies for its production, gaseous hydrogen produced by the electrolysis of water has the potential to serve as a renewable fuel to power vehicles and generate electricity. In addition, hydrogen can be used as an energy storage system for various electric solar energy technologies. Fuel cells are electrochemical devices, much like storage batteries, that use energy from the chemical synthesis of water to produce electricity. The fuel cell provides a way to burn hydrogen using oxygen, capturing the electrical energy released.

Progress via political consensus
Alternative energy has a splendid advantage that its naturally replenished, such as sunlight, wind, rain, tides and geothermal heat are renewable and ecologically friendly. But there are also some controversies regarding the sudden economic shift from dominant sources of energy to their alternatives. A new game may mean new rules. Despite the environmental and economic benefits of renewable energy, the transition to large-scale use of this energy presents some difficulties. Renewable energy technologies, all of which require land for collection and production, must compete with agriculture, forestry, and urbanization for land in the world. Business companies are not very willing to handover their ownership of oil-based economy to the sun. Especially the grand choice of nuclear energy as an alternative source created a long history. Henceforth, the ultimate decision belongs to the people of the modern world whether alternative energy will become the main-stream or not.

Why have renewables emerged so strongly?
Apart from rapid technological improvement, the strength of renewables lies in the diversity and the richness of their technology options and applications, as well as their widespread availability. Every country in the world has at least one renewable energy source that is significant. Some have many. Among the dramatic events that shaped the world in 2011-12 was the devastating impact of the earthquake and tsunami that hit Japan in March’11. The crisis at the Fukushima nuclear power plant transformed the public perception of national energy systems globally. Additionally, events in North Africa and the Middle East have increased tensions in oil markets and intensified price volatility. Observable trends of climate change continue to cause serious concerns worldwide. Significantly, the global uptake of renewable energy is rapidly accelerating. In 2010, renewable energy supplied about 16% of global final energy consumption and accounted for about 50% of total additions to power generation capacity. Preliminary data for 2011 confirm the same trend. Alternative energy is increasingly seen as an essential contribution to a robust energy mix while creating new economic opportunities. Despite the challenging circumstances in the global economy, growth continues in the developing world. Out of the ten fastest-growing economies around the globe, six are in sub-Saharan Africa. Meeting the energy needs of these and other developing countries all over the world will require substantial growth in the global energy sector. Alternative energy can play an essential role in improving the livelihoods of millions while contributing to energy security and climate change mitigation.

Examples of successful applications
Brazil has been quite successful with biofuels mandates under its “ProAlcool” program, which has promoted the use ethanol for transportation fuel since the 1980s. In addition to a variety of economic incentives and subsidies, Brazil has mandated that ethanol be blended with all gasoline sold in the country. Brazil has also required that all gas stations sell pure ethanol. This last requirement made it commercially viable for the automotive industry to produce ethanol-only (neat ethanol) cars. Today, most cars use the “gasohol”- ethanol/gasoline blend, and more than 60 percent of Brazil’s sugar cane production goes to produce 18 billion gallons of ethanol each year, representing 90% of global ethanol production.
The United States, the world’s second largest ethanol producer after Brazil, has a number of biofuels tax policies and mandates. The Energy Security Act of 1979 created a federal ethanol tax credit of up to 60 cents per gallon for businesses that sell or use alcohol as a fuel. A recent U.S. legislative proposal, called a “renewable fuels standard,” would triple biofuel use within 10 years.
In Europe, Germany is the largest user of biodiesel and provides tax incentives for 100% pure biodiesel. These incentives have had a large effect; German consumption of biodiesel went from 200 million gallons in 1991 to 750 million gallons in 2002. Other EU members provide tax incentives for 2-5% biodiesel blends. Germany, Austria, and Sweden use 100% pure biodiesel in specially adapted vehicles, and biodiesel is mandated in environmentally sensitive areas in Germany and Austria. Other countries producing biodiesel are Belgium, France, and Italy, the later two also providing tax incentives. The European Commission has recently proposed a biofuel directive with targets or mandates for biofuels up to 6% of all transportation fuel sold.
Many developing countries have explicit policies to extend electric networks to large shares of rural populations that remain unconnected to power grids. Policies and rural electrification planning frameworks have recently started to emerge that designate certain geographic areas as targets for off-grid renewable energy development. These policies may also provide explicit government financial support for renewable energy in these areas. Such financial support is starting to be recognized as a competitive alternative to government subsidies for conventional grid extensions. Countries taking the lead with such policies include Argentina, China, India, Morocco, the Philippines, South Africa, and Sri Lanka. One form this government support can take is so-called “energy service concessions.” With a concession, the government selects one company to exclusively serve a specific geographic region, with an obligation to serve all customers who request service. The government also provides subsidies and regulates the fees and operations of the concession. Rural energy-service concessions may employ a mixture of energy sources to serve customers, including diesel generators, mini-hydro, photovoltaic, wind, and biomass. Argentina, Morocco, and South Africa have initiated policies to develop rural concessions, with ambitious targets of 200,000 rural households in South Africa and 60,000 in Argentina.

What to expect in the next years
This assessment of alternative energy technologies confirms that these techniques have the potential to provide the nations with alternatives to meet approximately half of future energy needs. To develop this potential, the developed states would have to commit to the development and implementation of non–fossil fuel technologies and energy conservation. The implementation of renewable energy technologies would reduce many of the current environmental problems associated with fossil fuel production and use.