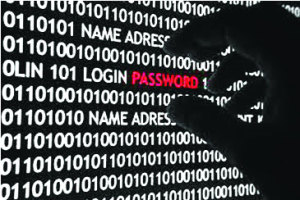 Hacking and Hackers are very familiar words to the computer users, even some of the ‘would be users’ also! When the daily newspapers provide the hot news that “Hacker’s challenge to break i’Phone’s security” or “Largest Hackers’ gathering!’, all PC users become interested and explore the news with great interest. True to say, nowadays hackers become the Juju to the computer users and the fear established its root deeper with the news about them!
The word Hacker summons up thoughts of malicious computer users finding new ways to harass people, defraud corporations, steal information and maybe even destroy the economy or start a war by infiltrating military computer systems. No doubt the current situations are like this but the past was not such notorious, still there are some hackers without any bad intention, but the percentage is very small.
The term computer hacker first showed up in the mid-1960s. A hacker was a programmer — someone who hacked out computer code. Hackers were visionaries who could see new ways to use computers, creating programs that no one else could conceive. They were the pioneers of the computer industry, building everything from small applications to operating systems. In this sense, people like Bill Gates, Steve Jobs and Steve Wozniak were all hackers — they saw the potential of what computers could do and created ways to achieve that potential.
A unifying trait among these hackers was a strong sense of curiosity. These hackers prided themselves on not only their ability to create new programs, but also to learn how other programs and systems worked. When a program had a bug — a section of bad code that prevented the program from working properly — hackers would often create and distribute small sections of code called patches to fix the problem. Some managed to land a job that leveraged their skills, getting paid for what they’d happily do for free. No doubt, it is a good job.
At the beginning, the hackers tried to explore the computer networks, without having any malicious intent. They just wanted to know how computer networks worked and saw any barrier between them and that knowledge as a challenge. To do so, they entered others network without their permission and soon the term hacker had a new meaning — a person using computers to explore a network to which he or she didn’t belong. In fact, that’s still the case today. While there are plenty of stories about malicious hackers sabotaging computer systems, infiltrating networks and spreading computer viruses, most hackers are just curious — they want to know all the intricacies of the computer world. Some use their knowledge to help corporations and governments construct better security measures. Others might use their skills for more unethical endeavors.
Depending on this behavior, hackers are classified. Just to remind you, the types are usually named by the hackers’ own slang. White hat, Grey or Brown hat and Black hat are the three general types of hackers. A white hat hacker is a person who is ethically opposed to the abuse of computer systems. A white hat generally focuses on securing IT systems whereas a black hat is just opposite, would like to break into them. A grey hat hacker is a skilled one who sometimes acts legally and sometimes not. This type of hackers hacks for no personal gain and they do not have malicious intentions, but occasionally commit crimes. A black hat hacker tries to secure his own machine and the white hat hacker tries to break into it, thus they interchange their IDs.
Hackers take every break into a new system as a challenge, sometimes they do it just to show off! Hackers exist in Bangladesh also, but they are Black and grey hackers only. Hacking is a crime in the sense of breaking privacy of another, so the practice is not appreciable. You better enjoy films about hackers like “Hackers” released in 1995!