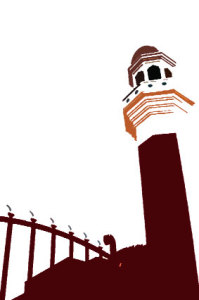 UCAS. The word alone reminds many of us of the numerous drafts of Personal Statements, and of the very challenging University interviews we undertook. In the second year of a student’s A-Levels, much time is spent on the UCAS (University College Application System) Application form, as well as on preparing for University interviews. Despite the rise in fees, the number of applicants seems to rise every year, with Mary Curnock Cook, the Chief Executive of UCAS recently stating that ‘it is expected that around 65,000 individuals will apply for entry in 2012’ (Cook, 2012:xi). It is perhaps for this reason that over the years, much has been written on preparing students for the University interview, such as University Interview Guide (2004) by Andy Gardner and Barbara Hamnett, and the more recent, Succeeding In Your Application To University(2010). There is even a collection of books dedicated specifically to the interview process at Oxford and Cambridge, which includes Katy Blatt’s aptly titled, Getting Into Oxford & Cambridge: 2011 Entry (2011).
Strangely, very little has been written by way of discourse on why a student should go to University. It seems to be a given that a student should wish to obtain a University Degree. Many of us went to, or are going to University because we were, or are being told that without a decent Degree in a chosen subject, we would not be able to get a well-paid job, and not be able to subsequently earn ourselves a high salary, and secure a better standard of living. If we do reflect, and find that a high salary is the sole or even primary reason for us attending, or having attended University, or is the reason we are seeking to do further research at a Masters or PhD level, we seriously need to reevaluate our goals and priorities.
In a well-known Hadith narrated by Umar Ibn Al Khattab (RA) the Prophet (SAW) said, ‘actions are only by intention, and every man has only that which he intended…’ (Bukhari and Muslim). Reflecting on this Hadith in relation to UCAS, we find that the questions which arise are, ‘what is higher learning?’ and ‘why should a practicing Muslim go to University and obtain a Degree?’ Related to these is the question, ‘if a person does wish to study further at MA or PhD level, what is the reason for doing so?’
These questions are heavily focused on the Applicant, but they are also being asked in order that as parents sending off our sons and daughters to University this year, we can be clear on why we are sending them. As an English teacher who has completed a BA in English at Queen Mary University and then gone on to complete an MA in Literature at Queen Mary University followed by a Masters Level PGCE Initial Teacher Training (ITT) Course at the Institute of Education, I find these are questions which need to be asked because in one way or other, we all have some sort of connection to the Universities of the UK-we have either been, wish to go, or wish to send our children to them. It is therefore the purpose of this discussion to consider Islam’s relationship with the concept of a University, and academic study.

The Role Of A University
As we begin thinking of our relationship to Universities in the UK, it may be useful to turn to critical pieces of writing written in the West on the topic of University education. In his recently published book What Are Universities For? (2012) Stefan Collini articulates the point made by John Henry Newman in his often cited book, The Idea Of A University: Defined And Illustrated (1907), which is that study at University should ‘extend […] human understanding’ (Collini, 2012:x). In his 1907 work, Newman posits that ‘before we are educated’ we are ‘unreal in our sentiments and crude in our judgments’ (Newman, 1907:480). This is not to say that a person without a University Degree does not have any ability to use their reason. Rather, what Newman seems to be arguing is that a University education refines, or should refine a person’s judgment and reason.
Collini further clarifies this by stating that in Newman’s view, a University education should affect a person’s ‘way of being’, giving one ‘the possession of a certain kind of balance or poise in all of one’s conduct’ (Collini, 2012: 50). Interestingly, what Newman ascribes to is not too distant from the view advocated by Sheikh Muhammad Al Abbasy-a senior lecturer in Medinah University, whom I interviewed for my previous Islamique article: both maintain that a education should refine the individual.
Having talked briefly about the outcome of a University education, we now turn to motivations for seeking to obtain a University Degree. If on the one hand, we are going to University to simply seek knowledge for the sake of it, there is no end to that goal. Seeking knowledge is virtuous, but there must be sort of outcome. If on the other hand, we are seeking to obtain a 1st Class, or 2:1 Degree because we want a well-paid job, then there is no end to that either, as we will constantly work to climb that proverbial greasy pole. Unfortunately, this is the means through which a University education is measured here. As Collini states, ‘we judge the success of a university education by how much more graduates can earn than non-graduates’, adding that one of the reasons Universities themselves provide for their existence is that they ‘provide ‘training [for] future employees’ (Collini, 2012:88-91). As if Collini’s words were not enough, one of the pieces of advice given to UCAS applicants in How To Complete Your UCAS Application (2012) by Beryl Dixon, is that a prospective applicant should ‘have a particular career in mind’ (Dixon, 2012:10). The aim in the West at least seems simply to be that one acquires a University Degree in order to gain the highest salary possible when one eventually joins the societal workforce. Clearly, the situation is bleak.

University Study In Mecca
Having discussed some of the ideals in the UK about a University education, it is important now we turn to the Islamic world to see what views are held there about academic study. This is not to create a dichotomy between the views held, but rather to compare, as well as contrast them.
During the Ebrahim College Mecca Twin Peaks Challenge this year, I and those who came on the trip had the unique opportunity to interview the Mudeer (Director) of Umm Al-Qura University in Mecca, Doctor Adil Ibn Ahmed Benaa’im [pictured far left]. He is highly prolific in the Arab academic world. When I asked Dr Benaa’im about his beliefs on the aim of higher education with regard to his institution, he replied in Arabic, the translation of which is, ‘a University is responsible for [the] education [of a person], but it is not responsible for what happens after that’ (Benaa’im, 2012). According to Dr Benaa’im, his University’s chief concern was to ‘graduate the student’, but he did add that his University provided students with some distinct options: ‘after that [graduation] he may enroll in the University for Masters to become a better Da’iee [caller to Islam] or do a PhD, and after that if he finds a post, he may enroll in the University as a teacher or Professor, or he may go to Science Research Centres [to do academic research], such as The Ministry Of Education And Islamic Studies’ (Benaa’im, 2012). Another option open to the graduate is that ‘he may work in invitation (Da’wah) inviting people to Islam’, or he may ‘work for an association which helps people to memorise the Quran’ because ‘even after a Bachelors [Degree] the student may teach other people and give Da’wah’ (Benaa’im, 2012). For those who complete an MA and PhD, he said, ‘we have two jobs, the first being to teach people Arabic grammar and how to speak Arabic properly, the second being to prepare teachers for teaching Arabic.’ (Benaa’im, 2012). He was careful to outline that the University provides detailed teacher-training, which includes training on ‘how to prepare the syllabus’ as well as‘practical education’ in the form of ‘in-school training’ (Benaa’im, 2012).
Evidently, as well as providing employment for lecturers, the Institution itself is an ITT (Initial Teacher Training) provider much like the Institute of Education in London, allowing graduates to become teachers within their own University after graduation, without having to re-apply at a separate institution to complete a PGCE. Clearly, there is a gentle push in Mecca towards using one’s acquired knowledge in a fruitful way-either as a teacher, or a caller to Islam. Interestingly, Dr Benaa’im’s words echo those of Sheikh Al Abbasy, who also stated in his interview that ‘the main aim […] in the University, is to qualify the student to be good Da’iah; a good caller to Allah (SWT) (Al-Abbasy, 2011).
It is worth noting that the reasons for undergraduate and postgraduate study as outlined by Doctor Benaa’im are distanced greatly from the selfish goal of studying to ensure the highest possible wage. Doctor Benaa’im espouses the view that a graduate can either study further and either become a researcher or lecturer, or work in the Da’wah field teaching others about Islam.  This aim it seems, works to allow the student’s Ilm (knowledge) to benefit him. There is a Hadith of the Prophet Muhammad (SAW) in which Zaid B. Alqam reported that the Prophet (SAW) used to supplicate: ‘I seek refuge in You [Allah] from […] the knowledge which does not benefit…’ (Muslim) Clearly, Dr Benaa’im and his colleagues are attempting to keep themselves and their students within the boundaries of this Duaa (supplication), encouraging their students to actively ensure their knowledge benefits them and others.

A Lifestyle Choice
We noted that thinkers in Mecca, Medinah, and the UK agree that a University education should refine an individual’s thinking and judgment. With regard to motivation, it is clear from this discussion that seeking knowledge, and indeed a Degree at University is a lifestyle choice: on the one hand, one can study in order to secure the highest possible salary, measuring their academic success with how much money they make in their field of work. Such a person will never find contentment because as the Prophet Muhammad (SAW) said in a Sahih Hadith narrated by Anas Bin Malik, ‘if Adam’s son had a valley full of gold, he would like to have two valleys…’ (Bukhari)
On the other hand, as was evident from the words of Dr Benaa’im, there are also alternative, more Islamically-orientated lifestyle choices available to a student. A graduate, upon completing their Degree, can use their knowledge to benefit themselves by completing a PhD and becoming a lecturer, or even becoming a caller to Islam or teacher of the Quran after their Bachelors’ Degree.
Dixon states that ‘the decision to pursue a higher education course is not one that should be taken lightly’ and this indeed true (Dixon, 2012:6). A person needs to reflect deeply on their reasons for going to, returning to or sending their offspring to University, making sure it is not simply money-orientated. What is the Islamic view on University? Clearly, there is flexibility and room to choose a path which will cause a person’s undergraduate or postgraduate study to be fruitful. A person needs to choose an Islam-orientated motivation for academic study, through which they can use their knowledge to benefit themselves and, on a wider scale, the rest of humanity.

The Article is written by Aslom Ullah