With the unprecedented display of courage, patriotism and bold leadership, the two recent youth uprisings of Bangladesh which took place in a single month caught almost everyone by surprise. Despite the apparent bittersweet results of the movements, these valiant displays of youth power through its’ unprecedented patterns, deep-rooted socio-political impact and significant public reception and acceptance revives the hope for a stronger and better future for Bangladesh.
On that inspirational note, we would like to explore the notion of youth activism and social movements exercised by the greatest prophet of Islam, Muhammad (pbuh) during his youth. It is pertinent to note that the initiative, known as ‘Hilful Fudul’ was a pioneering attempt to address the social problems from the perspective of justice and equity.

In the years preceding the pact (approximately between 580 and 590 AD), the Quraysh tribe of Mecca were involved in intermittent conflicts, culminating into a decade long series of battles known as Harbul Fijar war. The effect was growing discontent with the form of justice that required sacrilegious war. Through the frequent business trips, Quraysh leaders observed justice systems (although in very primitive form) in Syria and Abyssinia (present day Ethiopia). No such system, however, existed in Arabia.
After the war, the Quraysh realized that the deterioration of their state and the loss of Mecca’s prestige in Arabia were the result of their inability to solve disagreements, creating internal division. They were yet to find the exact form of justice system, and one sudden incident broke the ice and put them in a same platform to agree upon a pact.

How and why it was formed

A Yemeni merchant had sold some goods to a notable member of the clan of Mecca. Having taken possession of the goods, the Meccan man refused to pay the agreed price, as he knew very well that the merchant had no confederate or kinsman in Mecca, whom he could count upon for help. But the merchant, instead of letting it pass, appealed to the Quraysh to see that justice was done.
In response to his call, a meeting was hosted where various chiefs and members of tribes pledged, firstly, to respect the principles of justice, and secondly, to intervene in conflicts to establish justice collectively. To make the pact imperative and sacred, the members went into the Ka’aba and made the pact. It was written and placed inside the Ka’aba, the place where the participants believed it would be under the protection of God.
The rationale of examining the history and spirit of Hilful Fudul is still relevant today, as it shows how a turbulent social structure can accommodate innovative ideas to address simple yet ultra-important issues like justice and peace. It is also important to note that the platform was a logical and practical response to the typical violent means of redressing disputes in the pre-Islamic Arabia; therefore, how such principles can be analyzed in today’s democratic social structure is a question to be answered.

Global youth trends in solving problems: what’s in their mind?

A recent study conducted on nearly a million responses from 128 countries of the world found that young adults throughout the world are 14% more likely to participate in street protests and informal organizing over political parties and traditional political engagement than people over 40. The study was conducted by New Orb Media Inc. and the results were published in September 2018. It further found that perceptions of government corruption are amplifying young people’s disengagement with voting; those who believe their government is corrupt are between 7% and 15% less likely to vote than those of the same age group who believe their government is not corrupt. For those over 40, government corruption perception has only a slight negative effect on voting behaviors.
How do the youth in Bangladesh measure themselves in terms of political consciousness and social spectrum is an interesting analysis.

Scenario of the youth in Bangladesh: Nurturing the notion of social activism

In a hypothetical assumption, the young generation in Bangladesh (age group 15-35) of today can be divided into three broad groups with the following estimation – Apolitical (70%), political (20%) and non-political (10%).
The apolitical category consists of most of the students and young professionals who come from a diverse socio-economic background. They may have ideological inclinations (Muslim, secular), but they often prefer to stay away from any kind of political debate and live within a comfortable bubble. 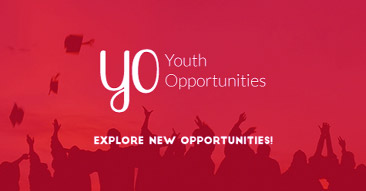 The political category used to be dominated by the students and young professionals from middle-class or lower-middle-class strata of the society who were studying in various levels of public institutions. However, the 2012-2013 polarization of Shahbagh and its counter Motijheel movement had attracted a huge number of apolitical upper and upper-middle class youth into this category, and the conceptual awareness is on the rise. With the experience of the student or local politics, they are often vocal and active about the change from a partisan point of view. In general, members of this category have a glaring lack of understanding of the society, state-functioning and sometimes, general soft skills.

The rationale of examining the history and spirit of Hilful Fudul is still relevant today.

The non-political category consists of students and young professionals from urban middle-class or upper-middle class. Despite having strong political or ideological values, they tend not to reflect those in their work. They are skilled and knowledgeable, sometimes receive training, mentoring and guidance by some key youth influencing institutions of the country (discussed below). They often have a primary understanding about the urban society and functioning of a state from a practical point of view.
This discussion mostly focused on the non-political category of youth in Bangladesh, who are conceptually closer to the idea of Hilful Fudul, has the potential to be the catalyst for any change and influencing most of the apolitical youth to implement any agenda for change.

Local Entities
Several public and private institutions are now working with the youth in Bangladesh to nurture them for more empowering roles in the society. Some of them are categorized below:
1. Govt., International and Civil Society platforms includes the Ministry of Information, Communication and Technology as well as the Ministry of Youth and Sports and Ministry of Women and Children Affairs. Furthermore, the UN alongside the international NGOs and the local NGOs are also working in reshaping the youth in Bangladesh.

Several countries have been running different programmes focused on the youth, most of them come in the form of exchange tours, scholarships, grants and public and private institutions are now working with the youth in Bangladesh to nurture them for more empowering roles in the society. Among those key players, American initiatives are implemented by the US Embassy, Department of State, American Center and Edward M. Kennedy Center in Bangladesh. Apart from offering prestigious scholarships like the Fulbright, it also arranges different exchange programmes like SUSI or YES. The British initiatives include, among others, commonwealth and Chevening scholarships. Indian initiatives for Bangladeshi youth are mostly implemented by the Indian Embassy and the Indira Gandhi Cultural Center, which regularly arranges an annual cultural exchange tour for 100 selected students. The recent surge in Turkish and Chinese scholarships and other opportunities also widens the door for Bangladeshi youth.

In order to assess the strength, impact and breadth of the institutionalized initiatives designed for Bangladeshi youth let’s take a very brief look upon a pioneering homegrown youth initiative namely BYLC.
BYLC, which is the acronym for Bangladesh Youth Leadership Center is a youth led organization which pioneered leadership training programmes in Bangladesh. With the vision for a prosperous, just, and inclusive world driven by courageous, compassionate, and competent leaders, they are becoming immensely popular among the youth, especially the urban crowd. In 2017, they directly reached out to 5961 institutions in 47 institutions across Bangladesh, whereas 4537 students/ youth applied to various programmes of BYLC (as per their annual report).
In our assessment, BYLC or similar initiatives aim for bringing up a positive change through a top-down approach to influence the decision-making process of the country. With the skills it imparts among its beneficiaries and the strong multi-sectoral network it creates, it can be expected that these trained youth leaders will emerge as the key decision-makers in their own sectors in near future.

The non-political category consists of students and young professionals from urban middle-class or upper-middle class.

The importance and potential of non-political youth movements are, therefore, cannot be ignored. The question may arise, for a better Bangladesh with the notions of greater good, humanity and justice, how the legacy of Hilful Fudul can be incorporated in our socio-cultural structure.

What it means now

The pact of Hilful Fudul held significance in Islamic ethics. Some scholars argued that the pact represents Islam’s interest in human rights and protection of such rights. It is also often stated that Prophet Muhammad (PBUH), later as a Muslim, accepted the substance of the agreement made by primarily non-Muslims. Eminent scholar Tariq Ramadan drew three principles from this, which includes –
i. Islam embraces values derived from the human conscience that are outside of the Islamic tradition. This is because Muhammad had acknowledged a pact before revelation, in the pre-Islamic era.
ii. Islam acknowledges the righteousness of non-Muslims. In this case, the non-Muslims had defended justice and the oppressed.

The question may arise, for a better Bangladesh with the notions of greater good, humanity andjustice, how the legacy of Hilful Fudul can be incorporated in our socio-cultural structure.

iii. Islam, instead of building allegiance to a closed community, requires allegiance to a set of universal principles. The message of Islam is not a closed value system, or at variance or conflict with other value systems.
In view of the above, in a Muslim-majority country where religion i.e. Islam is gradually becoming a massive question for sociopolitical legitimacy and public-decision making process, it is pertinent that a youth movement adheres to the simple yet universal principles of Hilful Fudul. 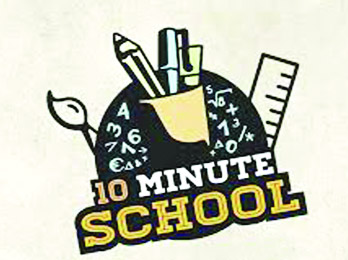 In our view, any plan for any “change” in the society should focus upon working with the non-political youth, as it appears that the upcoming political leadership will have weaker influence in the intricate functioning of the state and its development. To fill in the void, the catalyst youth group must have a sharp, clear and deep understanding of the socio-economic history, culture and the people of Bangladesh. Most importantly, such an understanding needs to be free of any hegemonic or colonial bias and pre-conception.