Data-Driven Cities Making the Internet of Things a Reality

Among all on the Internet of Things and big data hubbub, we decided to go looking for the real-deals in town, and the cities and the people who populate them that are making a data-driven future a thing of our current realities.
Below, the top cities that are putting data to real use. Some are only ideas, some are helping to rebuild what once was and some are just out for making history. All the same, each and every one of the cities on this list are out to save lives, change their current economies and architectures and truly make an impact on our world and our collective future.

Songdo, South Korea
Songdo, South Korea’s newest Smart City, is located 40 miles southwest of Seoul and features architectural marvels and landmarks from international cities including New York City’s Central Park and Venice’s waterways. But what makes Songdo so smart after all? Well, the city’s innovative garbage tactics, for one. in Songdo, you’ll never see a trash truck. Instead, all household waste is sucked directly from individual kitchens through a vast underground network of tunnels, to waste processing centers, where it is automatically sorted, deodorized and treated. In the future, some of this household waste will be used to produce renewable energy.
Other Songdo smart city highlights include a water-recycling system that prevents clean drinks water from being used to flush office toilets, sensors that monitor temperature, energy use and traffic flow, charging stations for electric cars, and a central park that designed so that every resident can walk to work in the business district.

New York City
For a city that never sleeps, you’d expect some pretty cool tech to help foster a hyperactive people. And while NYC has been a little slow going on the Smart City uptake, all street lights have been replaced with LED lights and the city boasts the largest city-wide WiFi network in the U.S, turning even old phone booths into WiFi hotspots. What’s more?
New York City is embarking on the Hudson Yards project. The project, a $20 billion, 28-acre commercial and residential area on Manhattan’s west side, is touted as being the largest development in the city since the Rockefeller center. Hudson Yards will digitally track environmental and lifestyle factors — like traffic, energy consumption, and air quality — and will include a trash-disposal system, much like Songdo’s, to remove waste via underground pneumatic tubes.

Dallas, Texas
Dallas, Texas is a rising fashion star and business hub, not only for the state of Texas, but for the U.S. as a whole. Add to that data-driven policies and improvements, and Dallas turns out to be one of the smartest cities in the nation. Wi-Fi provides city communities with Wi-Fi hot spots that promote city services such as water meters, leak sensors, parking meter and other city services to operate on the same secure government network. Video camera outfitted in all police cars allow citizens the ability to view their video related to traffic citation, code enforcement and more ahead of their hearing date. E-counter provides a secure way for citizen to do business with the city. The solution provides citizens with an option to submit information 24/7 and avoid traveling or visiting city hall. And the Dallas 311 Mobile app makes it possible for residents to report code violation with their smart phones and attach photos of the violation to their service request. Citizens can also track the status and location of their service requests.

Detroit, MI
Detroit has a rare opportunity to rebuild and become a leading smart city within the U.S. Already, the city is taking multiple initiatives to make this a reality. For instance, the Detroit Light Switch is an innovative street lighting and art project. It is a creative, yet practical, way of thinking about the street lighting crisis in Detroit that will transform public space, stimulate economic activity, increase the visibility of public art, foster solidarity among Detroiters, energize neighborhoods by providing a source of community identity and pride, and make Detroit a more walkable and cyclist-friendly city. Also, Through the treatment of vacant land near expressways with green infrastructure, “carbon buffers” would absorb carbon dioxide, particulate matter, and other pollution stemming from vehicular traffic and exhaust. In Detroit, these efforts are known as the Detroit Future City program, and its initiatives are far reaching.

Montpellier, France
Montpellier is the fastest growing city in France, and is implementing ways through which to expand without exhausting resources. To do that, the city opened a living laboratory for open innovation in cooperation with the University of Montpellier 1 and University of Montpellier 2, encouraging the development of new technology, urban innovations, new start-up organizations and the exploration of new economic models. These efforts have already resulted in a 10% improvement in water yield, and future goals are to reduce flooding by 20% and reduce car traffic by 10%.

Vienna, Austria
With a goal to become a zero carbon city by 2020, Vienna is leading the international pack when it comes to going green. To reach that goes, 32% of Vienna’s heat is generated by incinerating garbage. The city also launched ”EcoBuy Vienna,” a project aimed at making procurement activities in Vienna and its affiliated enterprises more ecologically sustainable. Thus far, EcoBuy Vienna saves 30,000 tonnes of CO2 emissions each year. From a microeconomic perspective, this equals savings of some EUR 17 million annually.

Fujisawa, Japan
Following the Great East Japan Earthquake of 2011, Fujisawa was designed to serve the residents of the most affected communities. Learning from the events in 2011, Fujisawa is designed for energy-efficiency and safety, utilizing solar power to decrease the amount of energy lost during a natural disaster. During emergencies, homes will stay lit to foster hope and the city is outfitted with available mobile phones, tablets, electric vehicles and electric-assisted bikes to encourage communication, movement and provide outlets for finding friends and family if a natural disaster strikes.

Masdar, UAE
Eleven miles east-south-east of Abu Dhabi sits what is likely the world’s greenest city: Masdar. Bikes and public transit populate the streets, and personal vehicles, at least the ones that are allowed, are forced to sit in parking lots at the per meter of the city. Solar energy will power the 500 households in the city and the Abu Dhabi metro system will connect Masdar to the greater metropolitan. The city architects built homes in strategic clusters to allow for the wind to naturally cool the city. A large wall blocks desert winds from blowing through and keeps sand out. There are no light switches or water taps in the city; movement sensors control lighting and water to cut electricity and water consumption by 51 and 55%respectively.
Approximately 80% of the water is recycled and waste water is reused “as many times as possible.”

PlanIT Valley, Portugal
Designed as a testing ground for new technological innovations, PlanIT Valley is architected to be a true smart city in every sense of the word. At full build-out, about 100 million real-time sensors will send information to the PlanIT Urban Operating System™,  the ICT platform designed to keep the whole built environment as efficient as possible while providing new digital services for residents and visitors. Air conditioners shut off when you leave the room. Apartment units alert emergency services (like the fire department) when necessary. Cars gravitate toward empty parking spaces.
Of course, all of that is in a testing phase now, or just being built. Design and simulation began in 2009 and the project is still underway. Building this living laboratory is expected to cost some $19 billion, and to house 200,000 people at completion.

Manchester, England
You could say that Manchester has a bit of an identity problem. The U.K’s second-largest city, only two-hours from London itself, Manchester is known most often for it’s world-renowned soccer team – and not much else. But the city has been working hard for the last 15 years to build something for which tourists will forgo London, and that residents will be proud to call home. Unlike Songdo and Masdar, two smart cities built from scratch, Manchester is dedicated to building a smart city that rivals those, right in the middle of its historic downtown. So far, Manchester boasts one of the greenest building in the world, One Angel Square, but that is just the beginning. The smart city plan includes a 20-acre NOMA urban redevelopment project. NOMA will include at least two hotels and other tourism-related infrastructure and is designed to re-imagine the 21st century city.

Rio de Janeiro, Brazil
Rio is a crowded city, so why not get the residents involved in helping to reduce crime, traffic and the like? That was the idea behind a data crowdsourcing project in Rio de Janeiro. For teens in the favelas, the project encouraged them to attach a digital cameras via a glass bottles to kites, a popular and common toy for children in these neighborhoods, and take arial pictures of the city. For those residents with smart phones, the project encouraged them to  take pictures of specific danger points – such as trash piles, which can become a breeding ground for mosquitoes carrying dengue fever.
All of the data was then uploaded a website and added to an online map. And already, the data has revealed some interesting statistics, such as the fact that the majority of motorcycle accidents in the city happen between 5 and 7 p.m. on Fridays.
The entire project, which aims to get every resident involved, is a reminder that data collection and use needs to go both ways in order for a city and its people to truly benefit. 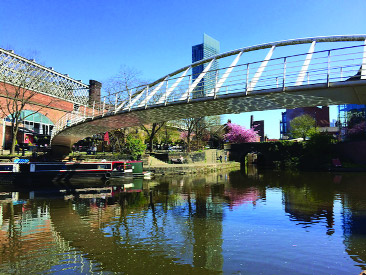 Austin, Texas
We’d be hard pressed not to mention our home-city of Austin, Texas in this list. Austin was one of the first cities in the U.S. to implement a smart meter program back in 2010. Soon, residents will be able to check their smart phones for updates and info about their energy usage at home. Austin is also a highly congested city in a state where almost everyone has their own car. To combat traffic, Austin uses Car-2-Go extensively, with multiple apartment complexes and downtown businesses offering specific smart car preferred parking to encourage participation. The city is also currently pushing one of the most data-driven arguments for a larger bike share program in the world, using traffic and transportation data to prove the need for such a program in the city.
Of course, Austin uses data in multiple ways to better the resident experience, including using neighborhood data to combat childhood obesity and using shelter data to find and eliminate bottlenecks in the animal rescue process, resulting in a no kill city.