Space for journalism is shrinking day by day. Media is being muzzled. Communications are being censored. Mass-communications are monitored. Telephone calls are tapped. Sage but anti-corporate people are under surveillance. Dissent voices are being silenced. Prisoners of conscience are being imprisoned. Day by day gagging of journalists or media muzzling or threatening the print, electronic or online media for containing them are going up and up.
In 2017, as many as 81 journalists were found dead worldwide. These journalists had been either murdered or killed while reporting, covering an incident or engaged in investigative journalism. 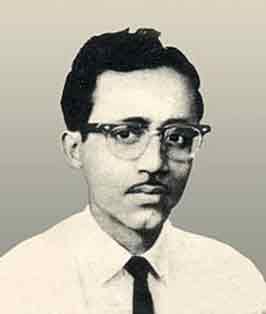 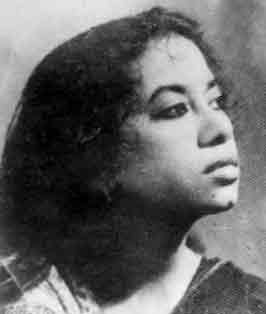 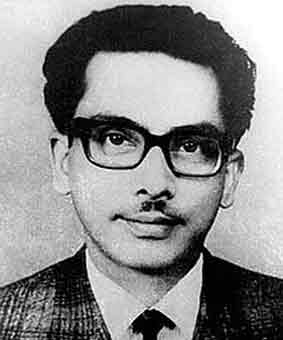 In Southeast Asia in the space between 1992 and 2018 dozens of journalists were targeted and killed. According to Committee to Protect Journalist and UNESCO 21 more journalists including Saiful Alam Mukul of Daily Runner died since independence. Media muzzling intensified with the passage of Digital Security Act in the country. But in the years between 1992 and 2011 around 10 journos were killed. In the neighbouring India the killing of journalists began in 1992 with Bakshi Tirath Singh the number rose to 48 including the death of Sujat Bukhari, according to CPJ and other sources.

According to CPJ Pakistan is the most dangerous country in the Southeast Asia with around 57 journos killed in the time period.In Nepal 7 and in Sri Lanka 19 media men were killed in between 1992 to 2011 when none of the journalists were killed in Bhutan and Maldives.
Apart from Southeast Asia the Middle East is a hell for the freedom of expression, free press, freethinking, media and dissent voices of course in collusion with the western powers whereas these western countries back at  home turned their respective countries heaven for freedom of expression, free press, freethinking, media and dissent voices. They never sound harsh on these Arab states for certain hidden reasons. This is may be for consuming cheap oil, milking petrodollar, selling arms and weapon from these countries and to stave off the power of Russia. 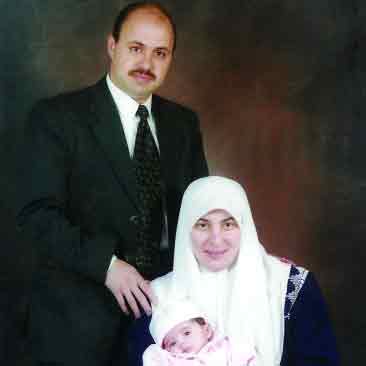 Many things have made Middle East hell for the press including war in Iraq,  Syria and Yemen etc. Alone in Iraq over 186 journalists, including Tareq Ayoub, were killed in the space between 1992 and 2018. Al Jazeera correspondent Tareq was killed in Iraq when a United States air strike slammed into Al Jazeera’s Baghdad bureau on April 8, 2003.  He had given a live report just moments before he died. In Syria at least 123 journalists were killed.
Yemen saw 19 media professionals lost lives and journo death toll rose to 25 in Turkey. In Egypt 12 were killed, 13 in Libya, 18 in Israel, 1 in Jordan, 60 journalists in Algeria and 64 journalists in Somalia and 1 in Saudi Arabia.
Single Saudi journalist – Jamal Khashoggi – who hit the international headlines, entered the Saudi consulate in Istanbul with his fiancée Hatice Cengiz on October 2. She was around him as is the case with son of journalist couple — Sagar Sarowar and Meherun Runi of Bangladesh. When they were murdered, their child was around them.
Saudi Arab has many dissident voices but none of the anti-monarch was so highly heard as was Washington Post contributor Khashoggi was. He was a former influential journalist close to House of Saud. He was born in a very rich family. He worked as a regional manager for Tihama Bookstores. Later, Khashoggi worked as a correspondent for the Saudi Gazette and as an assistant manager for Okaz from 1985 to 1987. He continued his career as a reporter for various daily and weekly Arab newspapers from 1987 to 1990, including Al Sharq Al Awsat, Al Majalla and Al Muslimoon. He became managing editor and acting editor-in-chief of Al Madina in 1991 and his term lasted till 1999. He also worked as a foreign correspondent in Afghanistan, Algeria, Kuwait, and Sudan and in the Middle East from 1991 to 1999 and also worked as the advisor of former Saudi chief of intelligence for a decade that brought him in very closer to Saudi royal family. He was banned for writing and tweeting for one year in 2011 and banned for good in 2017 owing to criticizing Saudi Prince Abdullah bin Salman and claiming reform within Saudi Arab. In September 2017 Khashoggi left Saudi Arab and resettled in USA in the fear being detained since most of his companions were arrested for the same reason by Saudi authority and thereafter, started activity as a regular writer of Washington Post.

Khashoggi participated in various programmes and dialogues in the world’s most prominent media where he harshly used to criticize the absolute power of Prince and the detention of the great figures of Saudi Arab claiming to offer the citizens to the freedom of speech. In a programme of Upfront on Al Jazeera television where he pointed “As we speak today, there are Saudi intellectuals and journalists jailed. Now nobody will dare to speak and criticize the reform … It would be much better for him to allow a breathing space for critics, for Saudi intellectuals, Saudi writers, and Saudi media to debate.”

Erdogan already said, “We can’t be silent over the matter, and we need to set a conclusion of this”

Such occurrence, happened to Khashoggi has started to impact on middle-east politics especially on Saudi Arabia. US senators are pressurizing president Donald Trump to impose sanctions on Saudi Arabia over the disappearance of the journalist as he was the regular writer of Washington Post and a resident of America despite Trumps’ denial in affrights of losing $110b arms deal with Saudi Arab and hitting oil’s at higher price that US import from Saudi saying “there are other ways of punishing. Integrated attempt of USA and Saudi authority to ostracize Iran may be another factor of Trump’s reluctance in imposing sanctions. If Trump imposes any sanction on Saudi over Khashoggi’s case, Saudi Arabia’s military will may turn into Iran, Saudi will manage their oil trade through Chinese Yuan rather US dollar, Hijbullah and Hamas will be closer to the kingdom and Saudi will permit Russia to set their military camp on their border. 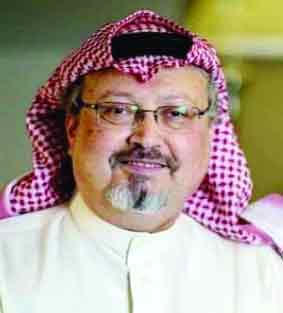 Turkish government is trying to convince US and UK government to pressurize Saudi authority over the matter though they are less likely to impose sanctions on Saudi authority due to their oil power. French, Germany and UK foreign secretariat ratcheted up the pressure by releasing a joint statement calling on Saudi government to give a complete and detailed account of Khashoggi’s disappearance, adding that those found to be responsible must be held to account.
Meanwhile, Saudi Arabia was set to hold the World Economic Forum meeting in the desert which is usually arranged in Davos in the Switzerland. Many leaders were supposed to attend the meeting in Saudi Arabian desert. Initially world leaders including JP Morgan Chase & Co Chief Executive Jamie Dimon and Ford Motor Company Chairman Bill Ford cancelled planned to attend a Saudi investor conference that was hold  on Muhammad bin Salman’s three days long conference on future investment initiative, named “the Davos in Desert”, started on 23rd October in Riyadh the latest such high-profile announcements after Khashoggi’s disappearance. Business barons – including British billionaire Richard Branson, World Bank President Jim Yong Kim and Uber CEO Dara Khosrowshahi, as well as media powerhouses like Bloomberg and CNN – had all pulled out. The absence of media and technology executives is likely to cast a shadow over the three-day event, which has become the biggest show for investors to promote Saudi Crown Prince Mohammed bin Salman’s reform vision. The US and UK government boycotted the conference.
No options are available for the Saudi citizens to criticize over government’s arbitrary activities in the fear of being arrested and severely punished. Lots of religious figures of Saudi Arabia have been detained owing to criticizing MBS’s arbitrary decisions, especially  Sheikh Saleh Al Talib (Imam of Kaba) was arrested after indirectly criticizing MBS’s reform activities and Sheikh Salman Al Awda was called for death penalty just for seeking unity among Muslims around the world. Saudi government has a record of huge incidents of gathering in and capturing critics from other countries but killing a critic inside the consulate is the first in world’s history that is mostly mooted of all cases and had been discussed for half of a month in world media. 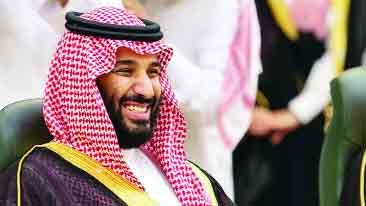 Saudi-Turkey relationship has already become shaky over Saudi ally’s sanction on Qatar and attack on Yemen that seemed to be more alarming for such case, occurred with Khashoggi inside the consulate in Istanbul as Erdogan already said, “We can’t be silent over the matter, and we need to set a conclusion of this”. The greater possibility of turning middle-eastern politics into a different position has evolved that will depend on US sanction on Saudi Arabia.
Thank Allah BBC world affairs correspondent Rageh Omaar didn’t do embedded journalism during the Iraq war and wasn’t killed. He was survived pioneering the cause of investigative journalism avoiding gorging on the press releases of US army. To the world journalism is being incriminated as crime. Journalists are trying to let people know that journalism is not a crime rather journalists expose the crimes being committed in the society and the world hoping that the freethinking and investigative journalism will be freed forever.