The Dangers of Smart Phones and Social Networking 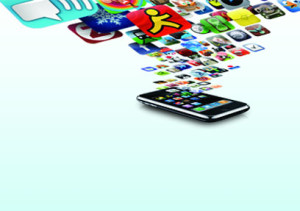 All praises are due to Allah for His favours and kindness and I thank him for his assistance and for his blessings.
I testify that none has the right to be worshipped except Allah alone, having no partners, and I testify that Muhammad is his slave and messenger – May Allah mention him, his family and his companions with praise and send an abundance of peace upon them.
To proceed: O mankind… Know that from the greatest of hindrances preventing you from being upright are trials and tribulations that block you from the path of Allah and cause you to fall into misguidance.
How great in number they are in this time, and how numerous are the callers calling to them through their writings, through their tweets on Twitter and those things like it – through the various means of communication that are widespread amongst the people and have filled their homes.
How numerous are those that go astray because of these evil channels.
So be weary of them, O slaves of Allah.
Be cautious of them and don’t look into them. Don’t bring them into your homes. Don’t leave them with your children and your wives because they are what hinder from the religion and from the path of Allah, and divert them from being upright and cause them to fall into deviation and misguidance.
How numerous are the ones who were misguided and deviated. They deviated and their features changed. Their ways changed and this is evident through their conduct, their sayings and their actions.
They are stuck to these means day and night. Their eyes are fixed to these things in these wicked devices. What came? What happened?
All the time… until they have become afflicted by using them all the time… they have become afflicted with addiction…
It is mentioned by the experts that those that have fallen into this, becoming afflicted with addiction, they cannot bear to be without it, and this is something apparent.
You see them staring at these devices all the time… in his pocket… in his car… all the time… to the extent that he doesn’t talk to the one next to him, or his family or to his children in his house.
He’s always with these sites. Even to the extent that he doesn’t pray – he doesn’t get up to pray! He’s afraid he’s going to miss something.
He doesn’t sleep because he’s afraid to miss something or to present something.
This is because he has been afflicted with addiction so he cannot bear to be without it.
If only he had avoided it from the beginning, he would have been safe from it.
So, have fear of Allah, O slaves of Allah. Protect your religion from these distractions, trials and evils.
Know that the best of speech is the book of Allah and the finest of guidance is the guidance of Muhammad (sallallaahu ‘alayhi wa sallam), and the worst of affairs are the newly invented ones and every innovation is misguidance.
Stay with the body of Muslims upon the truth because Allah’s hand is upon the Jamaa’ah, and whoever deviated then he deviated in the hellfire.