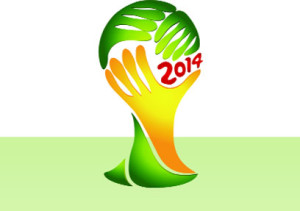 Bangladesh, though 162nd ranked country on the field (in FIFA), but you can put our name at the very first quintile when it comes to off the field football craze. Houses are shaded with thousands of flags, roads are painted with favorite teams names and walls are graphed with logos and slogans. The whole country gets divided along this line with one side Brazil and the other Argentina. But recently, more access to Spanish league, Italian Serie A  and English Premier League has made more diversity in choices. England, Spain, Germany, Italy are favored by people who used to be either Brazil or Argentina, especially by urban youth. This results into added range of colors around us with different flags and jersey than only yellow and white and sky. This time the host, five-time champions Brazil will fight for the sixth title, while Italy will fight to get equal to Brazil with its four titles. The world is not only expecting fight between countries only, but also among great players like Lionel Messi, Cristiano Ronaldo, Rooney, Neymar, Iniesta and others.

Overview of
the world cup:

The 2014 FIFA World Cup will be the 20th FIFA World Cup, an international men’s football tournament that is scheduled to take place in Brazil from 12 June to 13 July 2014. It will be the second time that Brazil has hosted the competition, the previous being in 1950. Brazil was elected unchallenged as host nation in 2007 after the international football federation, FIFA, decreed that the tournament would be staged in South America for the first time since 1978 in Argentina, and the fifth time overall.
A total of 64 matches are to be played in twelve cities across Brazil in either new or redeveloped stadiums, with the tournament beginning with a group stage. For the first time at a World Cup Finals, the matches will use goal-line technology.
With the host country, all world champion teams since the first World Cup in 1930 (Uruguay, Italy, Germany, England, Argentina, France and Spain) have qualified for this competition. Spain is the defending champion, having defeated the Netherlands 1–0 in the 2010 World Cup final to win its first World title.  No other teams outside South America have ever won World Cups in South America in last four events. The eight groups are:
Group A : Brazil, Croatia, Mexico, Cameroon
Group B : Spain, Netherlands, Chile, Australia
Group C : Colombia, Greece, Ivory Coast, Japan
Group D : Uruguay, Costa Rica, England, Italy
Group E : Switzerland, Ecuador, France, Honduras
Group F : Argentina, Bosnia-Hercegovina, Iran, Nigeria
Group G : Germany, Portugal, Ghana, United States
Group H : Belgium, Algeria, Russia, South Korea

The total prize money on offer for the tournament was confirmed by FIFA as US$576 million (including payments of US$70 million to domestic clubs), a 37 percent increase from the amount allocated in the 2010 tournament. From Semi finals, the prize money will be distributed as follows:
US$20 million – Fourth placed team
US$22 million – Third placed team
US$25 million – Runner up (194,07,50,000 Bangladeshi Taka)
US$35 million – Winner (271,70,50,000 Bangladeshi Taka)

FIFA forecasts a total of 3,334,524 tickets for the tournament. The majority of these are distributed to groups such as commercial affiliates, hospitality clients, media rights holders and VIPs. Approximately 1.1 million are to be sold to the general public (400,000 to Brazilian residents only, 700,000 overseas and Brazilians); for each individual match, 8% of the tickets are reserved for fans of a competing team. For category 1, the price of opening match tickets is $495, Final $990 and group match $175 (One Dollar =78 Taka).
Tickets went on sale on 20 August 2013 with 2.3 million tickets requested during the first 24 hours. By the end of this first phase of sales in October 2013, over six million requests had been received from the general public. As demand exceeded supply, FIFA staged a random draw to allocate tickets with a total of 889,305 tickets being allocated: 71.5% of these were sold to Brazilian residents with the highest number of overseas sales being to those in the United States.

Records are made to be broken in World Cup:  All time records

Here are 10 of the great achievements from the chapters of World Cup records:
Most wins
Brazil have won the World Cup more than any other nation with a total of five wins; 1958, 1962, 1970, 1994 and 2002.
They have been helped along the way by some of the best players to have ever graced the game such as Pele, Romario and Ronaldo.
Most appearances in the final
Brazil also holds the joint record for most appearances in a World Cup final. They have appeared seven times in the World Cup final along with Germany (and former West Germany). Italy are in third with six final appearances two ahead of Argentina with four appearances in fourth place.
Goals scored in consecutive matches
It is also Brazil and Germany who hold the record for the highest number of consecutive matches scoring a goal at the World Cup. Both nations have scored in 18 consecutive matches at the finals; Brazil between 1930 and 1958 and Germany between 1934 and 1958 and 1986 and 1998.
Most goals in a single tournament
The highest number of goals ever scored by one team at a World Cup was a tally of 27 by Hungary in the 1954 tournament. West Germany scored 25 in the same tournament and France bagged 23 goals in the 1958 World Cup. Brazil scored 22 goals in the 1950 tournament and 19 goals in the 1970 tournament.
All-time top goal-scorers
The Ronaldo played in three tournaments in 1998, 2002 and 2006. He scored 15 goals in total which is more than any other player in the history of the tournament. Gerd Muller is the closest to him on 14 goals having played one tournament less; 1970 and 1974. Miroslav Klose matched the record of Muller with 14 goals over the 2002, 2006 and 2010 tournaments.
Most appearances by player
Lothar Matthaus has the current records for most ever appearances at World Cup tournaments with 25 caps for West Germany. Paolo Maldini, one of the greatest defenders of all time, is close to him on a tally of 23 caps for Italy. Diego Maradona of Argentina, Uwe Seeler of West Germany and Wladyslaw Zmuda of Poland are all third with 21.
Most red cards
The highest number of red cards ever handed out during a World Cup came in Germany 2006. A total of 28 red cards were shown including one to Zinedine Zidane in the final against Italy. France 1998 produced the second highest number of red cards with 22 including David Beckham’s famous dismissal against Argentina.
Penalty Shoot-Outs
Germany (and West Germany) has the best record in terms of penalty shoot-outs at a World Cup with the record for most wins, which is four. Argentina is second to Germany with three wins and one defeat via shoot-outs. England holds the record for most defeats at a World Cup due to penalty shoot-outs with three.
Most goals in qualifying round
Australia currently holds the record for most goals scored in consecutive qualifying games with a massive total of 53 goals. They secured a 22-0 win over Tonga on April 9 2001 before romping to a 31-0 win against American Samoa just two days later on April 11, 2001. Archie Thompson scored 13 goals in the win over American Samoa.
Youngest & oldest players
The youngest ever player to appear in World Cup qualifiers was Souleymane Mamam of Togo when he played against Zambia on May 6, 2001 aged just 13-years and 310 days old. The oldest ever player is MacDonald Taylor aged 46-years and 180 days old when he played for the Virgin Islands against St Kitts and Nevis in February 2004.

Reminder:
For all the Muslims, it has to be very important reminder that the one third of Ramadan (the 10 days of Rahmat)  and few days of Magfirat will be during the very exciting events of FIFA world cup, the knock out stage. The Ramadan is training for every Muslim for both our soul and body. If we loose hold of the majority of the training days, our training supposed to be incomplete and futile.  In the tradeoff between football match and prayer, a good Muslim must choose the prayer not football. So, this is time for us to prove once again that we love Allah more than we love Brazil and Argentina or any particular team by giving less importance to these worldly fun and pleasure that drive us astray. Remember, though the matches are at night time, but the enthusiasm of the matches and hankering will effect the level of god-fearing (Taqwa) during fasting period.  Do help yourself and your family and friends during this time of great test of Imaan.