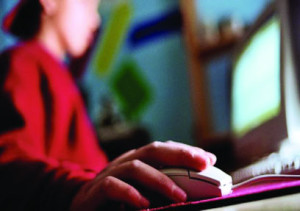 The Internet is a worldwide web of people and information; it can be difficult to navigate, so you need to know the basics. It may not seem like it from the outside, but through all the sharing, trolling, and seemingly temporary conversations, there are certain rules for using the Internet. Consider this your Guide to the Interwebz.

We’re All Judging You.
Nobody likes to be judged, but the truth is, we’re all judging everyone. Part of growing up is realizing, understanding, and accepting that not only is everyone judging books by their covers, it’s actually what covers are designed for. Every profile, picture, or comment you post says something about who you are, whether you realize it or not. Even the metadata collectively builds a picture of you; how do you think your bank knows when there’s unusual spending on your account?

Your Security Is Your Problem.
You know how there are signs in every parking garage saying they’re not responsible for lost or stolen items in your vehicle? The Internet works the same way. Social media sites, email providers, online retail—they all do what they can to protect themselves and you (in that order) from security breaches, but it’s ultimately up to you. I can build Ft. Knox, but if you keep giving out the key, the gold isn’t all that safe.

It’s Not Just What You Post, but Where.
The content of your posts matters, but so does where you’re posting. The audience of a particular website may not agree with your particular message (or at least with the way you’re presenting it), so be careful what you post where. Disquss and Facebook are pretty universally used as identification when posting online, and many community-oriented sites, such as The Huffington Post, are moving toward identifying commenters to keep things civil.

Whether You Agree or Not, Majority Rules.
Take PR exec Justine Sacco for example. Late last year, this woman tweeted a joke on her way to Africa, and by the time she landed, she was fired. I don’t agree with her termination, and I’m sure she doesn’t either, but our opinions don’t matter, because the majority spoke. The Internet is as close to a true democracy as we have in this world, so, for good or bad, the majority rules.

Toughen Your Skin.
There are some really mean people out there saying and doing some really mean things. It’s good to fight for justice. You should speak out when you see something wrong, but it’s not realistic to think the world will instantly change. Life’s not fair for anyone, so it’s fair in that sense. Thicken your skin and learn to take criticism because people would much rather learn and debate knowledge than argue and fight about morality.

Big Brothers Are Watching.
You’re being monitored. Everyone is monitoring you. This is not a test, and it’s not some marketing ploy (although the marketing industry is involved in monitoring you). Understand you’re not just being judged by your peers—you’re being judged by the powers that be. It’s not just in the US either; everyone’s trying to pry into your private life.

Keep It Civil.
Freedom of speech is important—everyone should have the right to say what they want, and a few idiots who abuse this freedom can’t ruin it for anyone. You can say whatever you want. This doesn’t mean there aren’t consequences to your words; however, so proceed with caution. From your end, put forth the effort to be courteous and considerate of people you interact with, whether online or off.

You Should Be Anonymous.
Anonymous sounds like some crazy hacker group filled with rowdy kids, but it’s not. Anonymous is an ideal supported by grown and successful adults and innovators in every industry. The reason we all support Anonymous is because we believe every human being deserves the basic human right of choosing the size of their own personal bubble. You should be Anonymous too.