The Place Without Human Noise 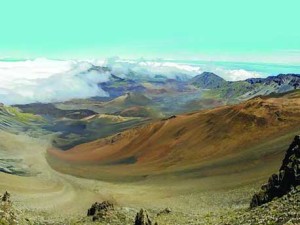 Is there anywhere left utterly free of man-made sound? A group of journalists sets out to find havens where silence still rules – but discovers that avoiding civilisation’s clatter is harder than it seems. In fact, there’s one human noise you will never escape. The story has been adopted from Rachel Nuwer’s writing.
A special kind of noisiness accosts passengers waiting for New York City subways. Down there, sound levels regularly exceed 100 decibels – enough to damage a person’s hearing over time. It was on one such platform that George Foy, a journalist and New York University creative writing professor, suddenly found himself losing it one day, when four trains pulled in at once. “I kind of went momentarily crazy,” he says. He hunched over and stuck his fingers in his ears, desperately trying to block out the cacophony. “I started wondering why the hell I was putting up with this,” he says.
It was then that his obsession to find the quietest place on Earth began. “I thought, ‘If this is the craziness of noise, what is the opposite? What is absolute silence, and does it exist?’”
Foy took it upon himself to seek out the world’s quietest place, detailed in his recent book, Zero Decibels. He joins many others, ranging from health professionals to ecologists to hobbyists, who have attempted to seek out the quietest corners in the world. Yet it turns out that finding those unsullied locations is more difficult than it might seem. Foy, for one, did find his ultimate silent spot in the end, but it wasn’t quite the peaceful refuge he anticipated – in fact, he discovered there that there’s one human noise none of us can ever escape.
Sit still for a moment, and prick up your ears. What can you hear? Even in what seems like silence: you may soon notice the hum of your computer, the ticking of a clock, the electric burr of a refrigerator or an air conditioner, or the faint hum of a car passing by. Humanity’s noises are always with us in one form or another.
So if you were seeking to escape this background buzz, where would you start? First let’s assume that you’d want somewhere reasonably pleasant to visit. So while deep underground might be an option, it wouldn’t be very hospitable. Similarly, life underwater would be full of hardships – and in any case, you couldn’t escape man-made sounds like scuba regulators or submarine engines because you’d need them to stay alive. That’s not to mention the underwater rumblings of ships, drilling and explosions that permeate the worlds’ oceans. In water, sound travels more than four times faster than in air, and reaches further.

Silent checklist
On land, scratching noisy places off the list of potentials comes easily. Satellite images can be used to exclude all areas with artificial light. Google Earth further reveals timber operations, mining, agriculture, roads and nautical shipping routes – all, presumably, rife with noise.
Following this logic, Antarctica immediately comes to mind as a promising candidate. It no doubt has silent corners – but the seasons do make things tricky. In the winter, you wouldn’t want to go for a stroll. And in the summer, research planes and tourism boats are prevalent, and resident scientists power their camps with whirring diesel generators, the rumble of which can be heard for 20 miles or more around.
Other apparently remote regions of Earth might prove no better. Planes are the primary culprits. The rumblings of the largest aircrafts can, on a clear day, travel up to 160km (100 miles). There is no altitude that a commercial jet can fly at which it is not audible on the ground, and the sound of any given aircraft can be heard, on average, between three to eight minutes as it passes overhead.
While no commercial flights travel across Antarctica, they do cruise over wildernesses such as northern Canada, Siberia or the Sahara. The North Pole is out too, as planes regularly traverse that route on trips between North America and Europe. Even deep in the Amazon rainforest, 1,900 km (1,200 miles) from the nearest city, Gordon Hempton, an acoustic ecologist and founder of the non–profit One Square Inch, recorded sounds from one or two aircrafts per hour. “Even if you are far from a road, you are not far from the roads in the sky,” he says.
Unfortunately, Hempton says that there is absolutely no place on Earth that is completely free from human sound all of the time. A map of the established flight paths over the US, for example, “looks like a plate of spaghetti,” he says.
Hempton is not alone in this pronouncement. “There are no places on Earth that I’ve been that haven’t been affected by human sound,” agrees Bernie Krause, an expert in bioacoustics and one of the founders of the field of soundscape ecology. “All over the Earth, not a day goes by when you don’t hear something.”

Quiet winners
Given the lack of truly silent places in nature, identifying the quietest place on Earth really boils down to how stringent you are about how long silence should last. Several years ago, the Campaign to Protect Rural England declared a spot in Northumberland the most tranquil place in the country. One of the reasons that idyllic refuge is so quiet, however, is its location just next to a military training area. Away from all roads and accessible only by foot or mountain bike, that corner of the country is indeed very silent – except when tanks are rumbling across the base and soldiers are practicing on the firing range. “If you go on a training day, it’s anything but tranquil,” says Trevor Cox, a professor of acoustic engineering at the University of Salford.
For the past 30 years, Hempton has made it his mission to discover what he calls the last great quiet places, areas that clock in at audible human noise-free intervals of 15 minutes or more. He only counts areas of around 3,100 square kilometres (1,200 square miles) or larger – enough to create a sound buffer around a central point of absolute quiet. Over the years, his list has shrunk as he returns to a previously quiet spot, only to find it now polluted by noise. Still, he says 12 such quiet places exist in the US, with more found around the world. A spot in the Hoh Rainforest in Washington is one, as are places in Grasslands National Park in Canada, Boundary Waters Canoe Area in Minnesota and Haleakala National Park in Hawaii (see gallery). The others, however, he keeps confidential.
Although his search has focused on the US, he has investigated quiet places abroad, too. Germany, France, Spain, Switzerland, Austria and most developed parts of Europe and Asia have all been ruled out. On the other hand, he identified a quiet place deep in the Ecuadorian rainforest, and there are others in South America. He suspects one might exist in Poland (he’s waiting on funding to come through to further investigate this possibility), and also more in Norway, Sweden and Finland.
Hempton and Krause hope that nations will adopt a quiet area program akin to dark sky programs. They are pushing for the US National Park Service to adopt such regulations in 2016, in time for the agency’s centennial. “I absolutely believe we will have our quiet places,” Hempton says. “Just like we went through with water quality, things have to get really bad before we recognise them as a basic value and clean them up.”
Yet for those seeking absolute relief from human noise for an indefinite period, the surest bet would finding one of the rooms specifically built for that purpose, called anechoic chambers. They are both sound proof and sound wave-absorbing. That was the conclusion reached by Foy, at least, after he visited such a chamber at Orfield Labs in Minnesota. It measures at –9.4 decibels, a figure less than zero decibels because any sound that does exist is below what the human ear can detect. “It’s supposed to be the quietest place on earth,” he says.
Where others tend to become uncomfortable in the disconcerting silence, Foy relished the chance to be completely cut off. But minutes into his stay in the chamber, he noticed that the silence was in fact broken. His own body, it turned out – his breathing, his heartbeat, even the scratchy sound his scalp made rubbing against his skull when he frowned – was betraying his quest for auditory nothingness. “The only time you’ll hear absolute silence is when you’re in no position to hear it, because you’re dead,” he realized.
The quietest places in the world, then, are ones we have built, and yet, so long as we are living, we will never escape the noise of our own bodies.
On the other hand, given the discomfort that many report experiencing in absolute silence, it may instead be nature’s melodies that our souls are really craving. And for now, it’s still possible to find forests, seashores or mountains where you can relax for 15 minutes or more completely free from the clatter of human existence. If you find one of these serene sweet spots, however, it might be best to keep it quietly to yourself.