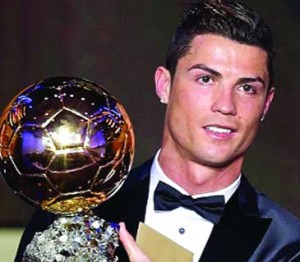 The 2012–14 Men’s FIH Hockey World League Final took place between 10–18 January 2014 in New Delhi, India. The Netherlands won the first ever Hockey World League after cruising to a 7-2 victory in the final of the Hero Hockey World League.
A cautious first 10 minutes saw both teams testing their opposition, but providing very few real scoring opportunities. It was the Netherlands who broke the deadlock when Constantijn Jonkers (17′) scored the first of his three goals from an almost impossible angle. The Netherlands turned up the pressure in the last 15 minutes of the first half, winning two penalty corners and keeping the Black Sticks pinned in their half of the pitch. A second goal was added by Billy Bakker (23) as the men in black struggled to cope with the ferocity of the Dutch attack. The Netherlands third goal came on the stroke of half time when a ball fired in from the midfield found Jonkers (35′) .
The second half got off to a scintillating start as first the Netherlands through Bob de Voogd (36′) put the Netherlands 4-0 up and then Steve Edwards (37′) of the Black Sticks made the score 4-1.The game continued to be very open, with both teams seeking long passes to penetrate the defence, but again it was the Netherlands who made pressure tell, Rogier Hofman (45′) scoring Oranje hockey’s fifth goal and putting the game all but out of the Black Sticks reach. Edwards (52′) scored his second for the Black Sticks but then Bakker (59′) added his second, again a field goal that bounced around the circle before the tall Dutchman fired it home. Minutes later Jonker (61′) got his third goal after running onto a ball fired into the circle and tipping it home.
England are Bronze medal winners in the inaugural Hockey World League thanks to their 2-1 win over Australia. Belgium finished fifth after beating India 2-1, while Olympic champions Germany ended in seventh place after a 2-1 win against Argentina.

Fastest ODI Century record broken after almost 18 years:
New Zealand all-rounder Corey Anderson cracked the fastest century in one-day international cricket history on 1st day of this year 2014 as New Zealand thrashed the West Indies by 159 runs in a rain-shortened third ODI.
His whirlwind performance in partnership with Jesse Ryder, who smacked the sixth fastest century of all time in that form of the game (faced 46 deliveries), took New Zealand to 283-4 in a match reduced to 21 overs each side. The West Indies then wilted when faced with a daunting run rate of nearly 13.5 an over and could only
The burly Anderson hit 14 sixes, the third highest in an ODI innings behind Rohit Sharma (16) for India against Australia two months ago and Australia’s Shane Watson (15) against Bangladesh in 2011.
Corey Anderson broke the record for the fastest ODI century – his hundred came off only 36 deliveries, one less than what Shahid Afridi took against Sri Lanka, in Nairobi in 1996. Anderson’s century is the fastest in List-A too, equaling Graham Rose’s 36-ball century for Somerset in 1990.
New Zealand batsmen hit as many as 22 sixes in just 126 deliveries in their innings today, which is the highest hit by a team in an ODI and the first time 20 or more sixes were hit in an innings. This broke the record for the most sixes hit in an innings that India and Australia had set recently – both the teams had hit 19 sixes in their innings in the Bangalore ODI in November 2013. Before today, the most sixes any team had hit in the first-21 overs of an innings in ODIs since 2000 was 9. All of them were hit by Afridi in the match when he got, what is now, the fifth-fastest century in ODIs, against India at Kanpur in 2005.
New Zealand batsmen hit a six off every 5.7 balls they faced in this innings. This is the lowest ever ODIs in which a team has hit a minimum of ten sixes. Before this, the frequency of sixes was the lowest in Australia’s innings in this ODI, when a six was hit off every 9.8 deliveries. New Zealand had scored 275 runs by the end of their 20th over in this match and had comfortably beaten the highest score by a team in T20Is – 260 for 6 by Sri Lanka against Kenya in T20I World Cup in 2007-08. This total was also ahead of the highest score in T20 matches – 263 by Royal Challengers Bangalore against Pune Warriors in Bangalore last year. The highest New Zealand have scored in a T20I international is 214, against Australia in Christchurch in 2010.
Including Anderson and Ryder in this match, only nine batsmen have managed to hit a century by the end of the 20th over in ODIs since 2000. Virender Sehwag, Shane Watson, Shahid Afridi, Sanath Jayasuriya, John Davison and Tillakaratne Dilshan are the other batsmen to achieve this. That was the first time two batsmen achieved in the same innings in ODIs since 2000.

Australia wins Ashes 5-0 again: Records
Australia defeated England in their last test in Sydney by 281 runs and regained the urn (Ashes). There are a number of records been made and broken. Some of them are listed in the following part:

l    Australia’s 5-0 victory is only the third such rout in an Ashes series, with all three such verdicts going in favor of Australia on their home soil: they had previously beaten England 5-0 in 1920-21 and 2006-07.
l    Overall, it is Australia’s fifth such series verdict against any opposition – they have also beaten West Indies (2000-01) and South Africa (1931-32) by 5-0 margins. For England too, it’s the fifth time they’ve been thrashed by a 5-0 margin – they suffered two such beatings versus West Indies in the 1980s.
l    England’s second innings in Sydney lasted just 31.4 overs, their tenth-lowest ever against Australia. Eight of those were before 1910. Over the last 100 years and more, this is the second-lowest, after the 28.2 overs in which they were bowled out at the Gabba in 2002-03. Since 1910, England have been bowled out in fewer overs only five times by any opposition.
l    England lost 20 wickets in 543 balls in this Test; Since 1910, only once have they lost 20 in fewer deliveries: against West Indies in Kingston in 1986, they lasted 530 deliveries and were bowled out for 159 and 152. Against West Indies at Edgbaston in 1995, they lost 19 wickets in 446 balls – Alec Stewart didn’t bat in the second innings because of an injury.
l    England’s average of 21.58 runs per wicket is their fifth-lowest in a series since 1910; two of those have happened in the last couple of years – against Pakistan in the UAE in 2012, they averaged 19.06 over three Tests, their lowest in a series during this period.
l    Australia’s batsmen averaged 41.41 runs per wicket over the entire series, compared to England’s 21.58. The difference of 19.83 between the two averages is the seventh-highest in any Ashes series. When Australia won 5-0 in 2006-07 the difference in averages was 26.42, while England averaged 21.91 more than Australia when they won 3-1 in 2010-11.
l    Mitchell Johnson’s series haul of 37 wickets is the ninth-highest in an Ashes series, but the fifth-best in a five-Test contest. Jim Laker’s 46 in five Tests in 1956 is the highest in any Ashes, while the best for Australia in a five-Test Ashes is Shane Warne’s 40 in England in 2005. Johnson’s 37 is the best by an Australia bowler in a five-Test Ashes series in Australia.
l    Australia’s batsmen, on the other hand, scored ten hundreds in the series, which equals their record for an Ashes series. They also scored ten in 1920-21, 1946-47 and in 1993.
l    Haddin (wicket keeper), the nemesis of the English bowlers with his lower middle-order batting, finished the series with 493 runs at 61.62 to better the previous best of 473 held by Adam Gilchrist against South Africa in 2001-02.
The 5-0 series drubbing has pushed Australia up to No. 3 in the ICC’s Test rankings, while England have slipped to No. 4.

Cristiano Ronaldo wins FIFA Ballon d’Or
Real Madrid forward Cristiano Ronaldo has beaten off competition from Lionel Messi and Franck Ribery to be crowned the winner of the 2013 Fifa Ballon d’Or on 13th January 2014. The 28-year-old was named the world player of the year for the second time in his career having also received the honour while at Manchester United in 2008. Ronaldo received 1,365 points as national coaches, captains and journalists voted for their winner, while Barcelona’s Messi received 1,205 and Bayern Munich’s Ribery 1,127.
Messi,  had won the Ballon d’Or on the last four previous occasions, however Ronaldo has been viewed as the front-runner this time after enjoying a glorious season with Real Madrid. The Portuguese captain netted an astonishing 55 goals in 55 total appearances in 2012-13, helping his club finish second in La Liga and reach the Champions League semi-finals. Ronaldo also scored a sensational hat trick for Portugal against Sweden to help his country through to the 2014 World Cup finals last November.
The FIFA Ballon d’Or (“Golden Ball”) is an association football award given annually to the player who is considered to have performed the best in the previous year. It is awarded based on votes by coaches and captains of international teams, as well as journalists from around the world. The award started in 2010 after France Football’s Ballon d’Or and the men’s FIFA World Player of the Year award were merged. The winner of the inaugural 2010 FIFA Ballon d’Or was Lionel Messi who then went on to reclaim the title the following two years.

BALLON D’OR WINNERS
2013 – Cristiano Ronaldo (Real Madrid)
2012 – Lionel Messi (Barcelona)
2011 – Lionel Messi (Barcelona)
2010 – Lionel Messi (Barcelona)
EUROPEAN FOOTBALLER OF THE YEAR
2009 – Lionel Messi (Barcelona)
2008 – Cristiano Ronaldo (Manchester United)
2007 – Kaka (AC Milan)
2006 – Fabio Cannavaro (Juventus)
2005 – Ronaldinho (Barcelona)
2004 – Andriy Shevchenko (AC Milan)
2003 – Pavel Nedved (Juventus)
2002 – Ronaldo (Real Madrid)
2001 – Michael Owen (Liverpool)
2000 – Luis Figo (Real Madrid)
Bangladesh to remain venue for Asia Cup
The uncertainty over Bangladesh hosting the Asia Cup due to the political turmoil put to rest with the Asian Cricket Council announcing the schedule of the tournament beginning February 25. A total of 11 matches will be played in the tournament with the opening game expected to be on February 25 and the final on March 8, 2014.
Mirpur and Fatullah will host the regional tournament which will see the traditional sub-continental rivals India, Pakistan, Sri Lanka and hosts Bangladesh taking part along with debutants Afghanistan who have got ODI recognition since 2009.
As per the schedule, the inaugural match of tournament, will be played between defending champions Pakistan and Sri Lanka at Fatullah. India begin their campaign against the home side at Fatullah on February 26. The final is scheduled on March 8 at Sher-e-Bangla Stadium at Mirpur, the ACC said in a release.
The tournament carries a total prize fund of $260,000 with the winners and runners up taking home $60,000 and $30,000 respectively.