Allah is All-Hearer and All-Knower 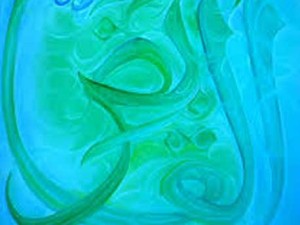 Allah does not like that the evil should be uttered in public except by him who has been wronged. And Allah is Ever All-Hearer, All-Knower. (Surah an-Nisa, Verse No.148)

Don’t speak ill in absence of any one:
Dear brothers and sisters, Allah does not like people speak ill of others behind their backs. He dislikes backbiting and slandering. It is a very undesirable thing to talk evil and bad things about others in their absence. It is alright to complain about the torture that has been inflicted excessively, such complains should be made; openly and in the presence of the torturers. Talking at the back of some one with the intention of defaming or disgracing him is most undesirable by Allah. At the same time we cannot deny the power of lies. Therefore, as Muslims we should avoid ill words forever.

Show kind and tolerance to your own brothers:
The philosophy behind this verse is to let people know that when Allah himself has been covering the people although He knows what people are doing and saying and how much they are defiant and Allah shows much tolerance towards them, man who has been created by Allah in His own image, should show that kind of tolerance towards his own brethren. It is not understood why people take pleasure in publicizing the dark sides of other people and try to expose them unnecessarily. The honest and the faithful people event hide their worship and do not publicize it.

Complain should be in proper way and open:
The objective is that if someone has some shortcomings or defects it is highly undesirable to make a fun of it and expose it to other people in the absence of such person with the intention disgracing him. Allah knows everything and He listens to everything said and even He knows what you have in your mind and heard. He will reward or punish everybody according to his deeds. However, the victim has the permission and the right to complain in proper way and in the open. It is the responsibility of the Muslims not to call an infidel openly an infidel if they have any doubt about it. These are very clear instructions that even the unbeliever and infidels should not be disgraced or defamed in their absence. They can be countered face to face without the element of disgrace involved in it.