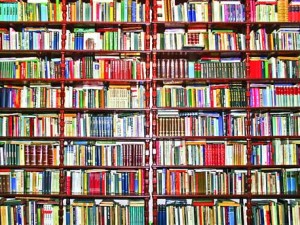 February is a month of language and books in Bangladesh but in the world it is a month of International Mother Language. All these happened because of the Language Movement on 21st February in 1952.

Bangla-speaking people in the eastern part of the then Pakistan fought against Urdu for Bangla. May be the language martyrs and the veterans visualized the future of West Pakistan and also the influence the country would garner in the international community. So they fought for Bengali which is next to Arabic language-speaking Muslim community. Two hundred eighty million people in 26 countries speak Arabic while 250 million people use Bangla in eight countries. The latter is the fifth language in the world for which Salam, Barkat, Rafik and Jabber sacrificed their lives.
Many publishers and writers pass hectic time in book writing and publishing in February in Bangladesh. But seeing the spree of book publicationsin the world one Bangladeshi can easily mistake the whole year for February. The publication madness all the year roundis equally hectic. In spite of the exponential decline in readership, thanks to TV, internet, movie and other visual media,the world is now producing 1051200 a year at rate of a book per every thirty seconds.What a gigantic number of books the industry publishes! So many books in one single year! Seemingly publication of books is booming when book reading is beleaguered rather the habit nose-dives. The former is in the zenith and latter is in the nadir. Whereas in the dawn of human history there were no books for the humanity except some commandments or directives. Adam the first homo sapiens without book was the best man on the earth who was ever born.Noah needed no book to guide his people though very small in number. Other prophets also followed the path of purifying the humanity, some without nothing or the previous or some with some commandments. Several thousand years elapsed without a complete book.
For the first time in human history on Moses/Musa (peace be upon him) got a book called ‘Torah’ to guide his people. It was the first complete book of the human history when there was not too many people. When Prophet Jesus/Issa (peace be upon him) was living there was as many as 25 crore people. There were then only three major books — Old Testament (the Torah), Jabur and New Testament (the Injhil or Bible).The Jabur was revealed on Dawood/David (peace be upon him). The time of Musa was preceded by Issa. The time was around three thousand years ago when there was a small number of people on earth.According to CIA fact sheet of demography the planet was inhabited by over 250 million when Prophet Issa/Jesus (peace be upon him) lived.Prophet Muhammad (peace be upon him) was living on the planet at best 350 million people lived in on the earth and during 1800AD there were one billion people. Now it is 7.1 billion.
And now according to ‘The Coming of the Book: The Impact of Printing’ (1450-1800) the publication spree peaked in 2000 to 52 million whereas in 1550AD only 500 titles came to market.
If a reader reads voraciously all through his/her life s/he might have read at best one per second. So 3600 words can be read in an hour. Very illogically indeed without any option of eating,drinking, merry-making, toileting or even sleeping a bookworm can read 1892160000 words (189.21 crore or 1892.1 million) in a solar year. And if he reads incessantly for 50 years in his life s/he could hardly read 94608000000 words (9460.80 crore or 94608 million). The calculation may open up your eyes and you will be wondered how many books you can read in your life. The more you spend time for eating, drinking, merry-making, toileting or even sleeping the less you read.But you can read 30 words when a whole book is being published every after 30 seconds. So you can’t read more than 30 words of the books, be it small or huge like those of Encyclopedia of Britannica let alone finish the latest books published in last one week. Don’t ponder on those published before your birth collected old collections in the Congress Library, British Library or Dhaka University Central Library.

How many books are needed to make human sensible?
Once I asked one of my leftist colleague of the guidance of humanity. He replied, ‘One composition at the end of Bengali grammar book’. Hmm… He probably over-simplified life along with its critical and serious questions. What he meant that a couple of proverbs — never tell a lie or always speak the truth and the such like. Are such cliché proverbs enough to answer the question of the humanity and enough to guidethem properly.May behe wanted scientific inventions or secular civic laws to shoot the troubles of life. And answer the questions related with it. That 17 years schooling makes one capable of learning a life skill is known by everyone but there will be a few to tell how many hours in ethics and values classes needed to make one very sensible and moral. The question of morality and ethics is rather one of the lowest ranking discourses among the academicians dominating the western world than being popular.

The priciest book
The priciest book ‘The Bay Psalm Book’ was sold at 14.2 million dollar at New York auction on November 27, 2013.Those people who argue that print is dead just don’t understand the business model. A tiny book of psalms, printed in Colonial America in 1640 — when digital referred to nothing more than fingers and toes — has been sold for about $14.2 million, a record.The Bay Psalm Book, believed to be the first book published in what became the United States, was sold in Manhattan. The book, one of 11 copies that have survived in various conditions, had been expected to draw bids of $15 million to $30 million.The last time a copy of the Bay Psalm Book came on the auction block, it sold for a record auction price of $151,000 in 1947. That was more than auction prices at the time  for the Gutenberg Bible, Shakespeare’s First Folio and “Birds of America.”The auction record for any book is held by Leonardo da Vinci Codex Hammer, a notebook of scientific writings and diagrams, which sold for $30.8 million at Christie’s auction house in 1994.
The holy Torah, The holy Injhil contained some commandments while the holy Quran contains some guidelines for the humanity. It is usually said that some 500 shariahayats are enshrined in the holy Quran. Four great prophets had their books to guide and the rest of the prophets had to guide their community in line with the books of the four great prophets. It may be very logical for the development of science and technology but to be a good leader or leaders one must need not so many books rather some commandments. May be ten or 500 commandments are enough. You don’t need to read a book every after thirty seconds to be a good professor, scientist, doctor or a journalist. Do you!