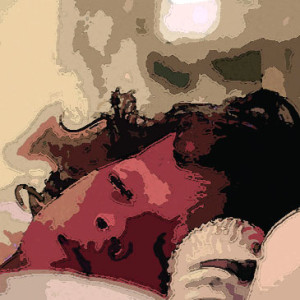 Sleep doesn’t just recharge the body’s batteries. It also may give the brain a chance to vanquish painful memories. A new study finds that while dozing, people can lessen their fears. The trick: getting that shut-eye in a room that carries a scent linked with those fears.
“It’s a remarkable finding,” Edward Pace-Schott told Science News. A sleep neuroscientist at Harvard Medical School in Boston, he was not involved in the new work. Neuroscientists study the brain and nervous system.
Katherina Hauner and Jay Gottfried of Northwestern University’s Feinberg School of Medicine in Chicago, recruited 15 volunteers. The scientists showed the participants photos of a man’s face. At the same time, they smelled a particular scent (such as that of lemons) and received a small electric shock. They repeated this experience several times over half an hour. It left the recruits fearing the face and the scent — because both were linked to the painful shock. One way scientists measured this fear: The volunteers sweated more.
Afterward, the scientists had each recruit fall asleep in the lab. While the people were in the deepest stage of sleep, the researchers delivered the fearful smell. Upon waking, these volunteers showed less fear when encountering the once-frightening face and smell.
Sleep alone did not erase the fear. The smell delivered during sleep was important. The scientists know that because they trained the volunteers to also fear a different face/smell combo. But the researchers didn’t deliver that odor to volunteers while they slept. And afterward, they found that face just as scary as before.
Brain scans showed that sleep-scent training altered parts of the brain involved with memories and emotions. The Northwestern scientists and their coworkers published all of these findings September 22 in Nature Neuroscience.
The new sleep-scent treatment resembles something known as exposure therapy, Hauner told Science News. In exposure therapy, a person confronts a fear over and over. (A person with a fear of spiders may interact with spiders, eventually even learning to touch them. This therapy continues until new, safe memories replace the fearful ones.)
As such, the new findings suggest that sleep-scent therapy may be able to boost the success of treatment for disorders like phobias. Phobias are extreme or irrational fears. (Arachnophobia, for example, is the fear of spiders.) The new sleep treatment may also lessen deep-seated fears in people with post-traumatic stress disorder. People with this condition suffer severe mental or emotional stress after an injury or shock.