Calling for ‘World Day of Protein for the Poor’ 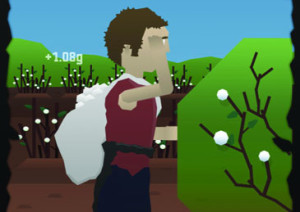 As part of Millennium Development Goal the United Nations can’t fail to act on providing protein to the poor people of the planet. It can declare an international day with a slogan— ‘Protein for the Poor’. Protein for the poor should be a ringing call all over the world. Though it may sound impossible to provide every poor people with necessary regimen of protein throughout the year but as a minimum we can observe a UN day across the planet with programmes marking the day. To ensure supply of meat to the poor section of the world at least for a single day a range of awareness campaigns can be launched. If it is not possible there should be seminars and symposiums on this ‘World Day of Protein for the Poor’ in the UN member countries ceremoniously.
The UN could chalk up a programme different possible dates or even religious occasions to earmark the date. To our point of view 24th December can be a date, the day before Christmas, when Santa Claus gives away chocolate and candies among the good and obedient children of the world. And Santa Claus could be little more generous to the poor people of the world and distribute meat among the unfed without much deviating from the ideals of Jesus (peace be upon him). Protein intake could have been ensured among the poor Christians if possible the entire humanity irrespective of creed, cast, community and country. I am sure God of Jesus (peace be upon him) wouldn’t be unhappy over Santa Claus for distributing lamb meat along with candies among the poor.
Giving food in charity like those of Langar or free kitchen established by Guru Nanak, the 1st Shikh Guru, can be encouraged. This gruel kitchen was designed to uphold equality between all people and express the ethics of sharing, community, inclusiveness and oneness of all humankind.
As reality on the ground Eid-ul-adha, the second greatest festival of Muslims, has its every possibility to be world day of protein for the poor. Prophet Muhammad (peace be upon him) on this day most of the 160 crore Muslims can consume rich diet on this occasion. Not only that a good number non-Muslim poor people also collect meat of sacrificial animal as it is distributed among the poor people irrespective of their creed cast and society. Contribution to each other or give and take policy or sharing of happiness and sorrows keep the fabric of a society intact. The UN can declare these three occasions jointly as ‘World Days of Protein for the Poor’ to attain its success in mitigating poverty and malnutrition.
Nobel Prize and Eid-ul-adha
The religious occasion spanning for three days is teemed with many things. One of the main features of the festival Eid-ul-adha is slaughtering animals with religious fervor for giving away beef or meat or mutton in charity. These people doing charity works don’t hanker after popularity and hardly wait their names to be published in the Chronicle of Philanthropy. As a great work of charity of distributing protein among as many as two billion malnourished people could have got Nobel Prize. Community work of such magnitude must be recognised like those of other philanthropist initiatives. If such humanitarian initiatives are not rewarded with Nobel Prize, then ‘social business’ of Nobel Laureate Dr Yunus demoralised and dumped. Selflessness will be overshadowed by selfishness. Justice may not prevail in Nobel Prize giving process. This is a mammoth task to accommodate so many poor people to be fed with protein when over two billion go to bed without food. It is an immense need for the humanity minimise the ever-widening poor-rich gap. If the Nobel Committee thinks it of favouring a religious community only it can jointly give the Nobel award to Santa Claus of Christianity, Eid-ul-adha along with Langar of Shikhism.
So accommodating all these communities the UN should call a day for celebration of the proposed World Day/s of Protein for the Poor.