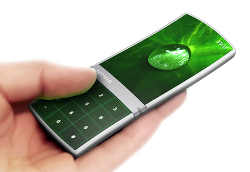 The mobile handset giant Nokia enters into PC Market and launched a portable mini-laptop computer last month. According to a spokesperson of Nokia, the mini computer will use Microsoft’s Windows software and contains a high speed mobile internet access capability. The Nokia Booklet 3G will be a full function personal computer supported by an efficient Intel Atom processor and a glass 10.1 HD display. It has integrated A-GPS with a copy of Ovi Maps, a rated 12 hour battery life, and the usual Bluetooth and WiFi connectivity, all in a 2cm (.78 inch), 2.7lb aluminum body. Although the company remains the dominant producer of mobile phones with a 38% share of the global marker, it has faced competition from Apple’s iPhone and RIMM’s Blackberry. The move to computer business highlights increased consumer demand for products that fuse portable computing, telecommunications and music listening technology.

‘Most dangerous’ celebrities to search for online 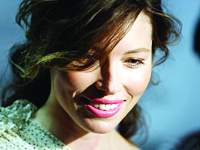 Be cautious if you plan to Bing Jessica Biel or Google Brad Pitt. A new report says you might get a virus. According to a report by the computer security company McAfee, the Hollywood actors are among the top 10 celebrity searches online that can lead to computer problems. Your searches related to “Jessica Biel” lead you to a webpage, photo, video or piece of spam that contains a cyber security threat, the report said. The former “7th Heaven” star and girlfriend of singer Justin Timberlake is followed on the”most dangerous” list by singer Beyonce, actress Jennifer Aniston and football hunk Tom Brady. Singer and reality TV star Jessica Simpson rounds out the top five. Brad Pitt, who was top in the list last year, is in the tenth position. The hackers use pop culture trend to spread virus and malicious software. So, be very careful while browsing and better use a well defense system. 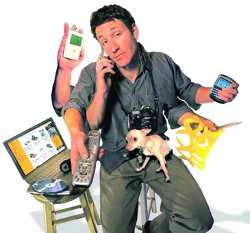 The remains of three people have been discovered during the excavation for a new wastewater treatment plant in Alaska. It is believed that they were the members of a tribal group that lived in Alaska more than 1000 years ago. The archeologists are not certain until radiocarbon dating is done. The discovered bodies are believed to be members of Ipiutak, a tribal group that lived in Alaska from about 500 to 900.

The researchers from Stamford University revealed surprising news: those who multitask the most are the ones who are worst at it. The researchers studied 262 college undergraduates and concluded that multitaskers are more easily distracted and less able to ignore irrelevant information than people who do less multitasking. The researcher divided the students into high and low multitasking groups and comparing such things as memory, ability to switch from one task to another and being able to focus on a task and reached to their decision.