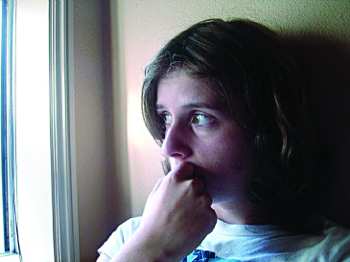 “Hey, Mom I’m leaving,” shouted a girl of no more than 19 to 20 years old.
“O dear! Are you leaving already? When will you be back? Did you recite Ayatul Kursi? Where are you going? Is it far from here…… blah blah,”shouted the girl’s mother.

Being a girl I face these questions every morning and I am sure that every young girl faces it too. Now why do we face it? Is it because we are women? Are we going to ask the same questions to our children one day? The answer is yes. As long as this world exists this principle or more specifically this formality must go on. Why?

The answer is simple. The principle reason is the presence of the ruthless people in our society. RAPE, SEXUAL HARASSMENT, STREET HARASSMENT…..in short Eve Teasing. Throwing bad comments, brushing against a woman in crowded places, are severe acts of eve teasing. Now do we report these to the police? No because these are the minor accidents of our everyday life or in most cases we are afraid of the consequences. These minor accidents could bring a disaster in a woman’s life.

The awareness has not been aroused until the death of some students caused by eve teasing. Now many people do not report these incidents to anyone due to the fear of public shame and the people who have raised their voice against such crime have encountered the same harsher consequences. As a result many reports also go unnoticed. Unfortunately to my knowledge I haven’t seen or heard of justice being served to such women in our independent country Bangladesh. I have only read such stories in one of the sections of our daily newspaper. Lots of thanks to my Mom who always encourages me to read these articles and acquaint myself of the bitter truth.

Can you name one of the common places where these incidents occur most frequently? The answers are school, college, university or any academic institute. Do you disagree? if yes then I would like to ask to those people haven’t you ever seen a student who is throwing comments at a female student, who is making fun of her attire, laughing at one of her acts, and most important can we deny the fact that many girls accompany their so-called male friends or boy-friends in such acts as well. What a shameful act!

Still the most important question remains unanswered i.e. what should we do to avoid such incidents? Wearing conservative clothing, acting decently, is not fair enough. We have to increase public awareness, gather people and raise our voice against such acts. The educational institutes must impose strict rules and regulations to avoid such incidents and take strict action against those students to avoid repetition and arise fear among those people. The parents should inform their children of these incidents and warn them.

Controlling eve-teasing
EVE-TEASING IS a rampant social evil. It is all pervasive — beaches, roads, cinema halls, buses and sadly even in educational institutions. When eve-teasing persists even inside educational institutions, one can obviously infer that even the educated youth don’t necessarily desist from indulging in this uncouth behaviour. The issue always surfaces when something prominent happens, like for instance when a Chennai college girl was killed some years ago. Knee-jerk reactions such as police patrols, `white’ brigade actions, etc., continue for a short time. Public memory happens to be short and soon things return to the usual anarchy and we accept the fact that `nothing much can be done.’ 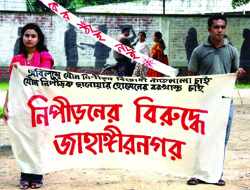 Glorification in movies
Where does eve-teasing have its roots? Is this seen in every country? An interesting fact needs to be mentioned here. If one types `eve-teasing’ in any internet search engine, you would be surprised that page after page of results are almost entirely Indian web pages. Maybe, other countries refer to this more subtly under `sexual harassment,’ but a cursory survey among frequent travellers to other countries confirms that `eve-teasing’ in its form of hooting-ogling-loud commenting-whistling, etc., does tend to be more prevalent in India. Not something to be proud about. Eve-teasing is a crude way of garnering female attention. It is unnecessarily glorified by movies, although movie makers may argue that it is a classical `chicken and egg’ situation. One must admit that eve-teasing can most certainly be perpetuated easily by its continued glorification in movies.

Eve-teasing is not a victimless crime as it appears on paper. It has resulted in deaths, and when it goes unchecked could lead to public humiliation of women even in broad daylight. The rape of a medical student in Delhi in the recent past shocked the whole nation. Eve-teasing also portrays a bad image of the country among tourists. The immeasurable damage to a woman’s self-esteem and the subsequent avoidance of public places by single women could hardly take us on the way to achieving gender equality.
Eve-teasing is a typical social crime, where the perpetrators and victims are ordinary people. There is no easy way of rounding up everyone concerned and settling the issue. Schools and colleges could easily discipline students for such activities on campus, but this only induces them to indulge in such acts outside campus. Police prosecution can also never be severe because of the reluctance of victims to depose in court. A behavioural change is the only lasting solution to this problem. This requires an extensive public education aimed at every section of society at large.

Every action is performed with an intention. The intention behind eve-teasing is: to catch a girl’s eye and to arouse attention in some way; and more importantly this harassment is an early manifestation of patriarchal masculinity. Gender segregation and a `boys will be boys’ attitude further this behaviour. Innumerable movies show that eve-teasing eventually `wins’ a girl’s attention. Changing this behaviour is easier said than done. However, if things are left alone, they could hardly get better. Active solutions should be sought. For starters, a massive sustained campaign by women’s organisations highlighting this evil must be initiated. Students in colleges must specifically be counselled. Debates on this issue must be organised in colleges, TV shows, etc., with responsible moderators — who would listen and reason an argument instead of sounding outright biased. Every parent should talk to his son about this. Cinema is a powerful medium to showcase this issue. The majority of the eve-teasing crowds are undoubtedly movie junkies. Maybe when a movie addresses the fear, hurt and humiliation a girl experiences will people think about this `other side’ of eve-teasing. 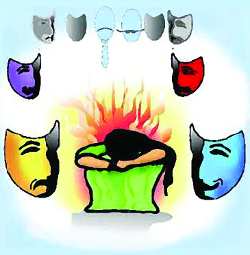 Unwelcome attention
Eve-teasing is not just a college girl’s problem. It leads to insecurity for parents or to even anyone who’s loved one undergoes this. This unwelcome masculine attention on women subjects them to an unimaginable sexual pressure. Tucking this issue under the carpet is not a solution. A civilized society cannot afford to ignore such an issue. Eve-teasing deserves to be tackled actively. Eradicating eve-teasing will help women access public places fearlessly and will further gender equality, much more than can be achieved by reservation of seats for women in Parliament.