How coronavirus control measures could affect its global death toll

When the U.S. White House coronavirus task force announced that social distancing needed to continue through April, it cited a stark death toll: As many as 240,000 Americans could die from COVID-19 even with efforts to mitigate its spread.
As horrific as those numbers are, it could be a lot worse.
In the first global assessment of the impact of the coronavirus, researchers at Imperial College London estimate that if governments weren’t taking any actions, the coronavirus would infect an estimated 7 billion people in 2020, nearly 90 percent of people on Earth. Roughly 40 million would die and no health-care system anywhere would be able to keep up.
Already, countries are curbing that worst-case scenario, racing to implement strategies to drastically reduce the rapid growth of new cases. Even so, the virus could hit various countries differently, depending on their demographics and income levels, the new study suggests. And delays to put such strategies in place may put millions of lives at risk.
By analyzing disease severity and how people interact, the team projected how the growing pandemic might affect 202 countries. The global look builds on the team’s previous work that calculated the virus’s impact on the United States and the United Kingdom.
Slowing the virus’ spread will save millions of lives worldwide, the team reports March 26 in a research update released through Imperial College London. But differences among high income and low income countries could mean the pandemic might follow a different pattern, and take a different toll, in these areas.
“This is a very complex problem and [members of the Imperial College team] have captured a lot of that complexity,” says Julie Swann, a systems engineer at North Carolina State University in Raleigh. “This is continued evidence that interventions are necessary to slow the disease spread and reduce deaths in the population.”
The big picture

The analysis found that social distancing tactics to mitigate the outbreak — including people decreasing social interactions by 40 percent or those above age 70 reducing contact by 60 percent — halved the number of estimated deaths to approximately 20 million in 2020. Hospitals, though, would still be overwhelmed with cases. That’s already happening in hard-hit places like parts of Italy and New York City.
“There is still much we don’t know about this disease,” Swann says. “So, it’s difficult to put full stock in a specific numerical projection.” But other estimates agree that as the virus spreads, it will have a big impact on countries around the globe and result in a major loss of life, she says.
Suppression strategies — which rely on high levels of testing, contact tracing, patient isolation as well as social distancing — would cut global deaths to approximately 2 million to 10 million, the study estimates.
Acting early, when the number of deaths in a population is still relatively low, is key. The tally of COVID-19 deaths can help officials better understand how widespread the disease is and determine when to begin advising residents to limit contact with other people or stay home. (Using testing to catch where the disease is spreading even earlier would be better, but “testing is not widespread in places,” Swann notes.)
Global deaths could be kept to around 10 million, saving an estimated 30.7 million lives in total, if officials in all countries begin suppressing the coronavirus’ spread when there are 1.6 COVID-19 deaths per 100,000 people, the team found. Acting when deaths are much lower — 0.2 deaths per 100,000 people — could save an additional 8 million more people.As of April 1, the United States has on average approximately 1.4 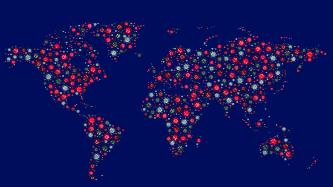 COVID-19 deaths per 100,000 people. New York City, currently the hardest hit city in the country, has about 13.2 deaths per 100,000.
“Delays in implementing strategies to suppress transmission will lead to worse outcomes and fewer lives saved,” the authors write in the report. Zooming in When it comes to different countries, those with higher incomes could face a higher death burden than those with lower incomes, the team found. That’s in part because their populations skew older. People above age 65 face a higher risk for severe COVID-19 symptoms, as do those with underlying health conditions like hypertension. “Because populations in low-income settings tend to be younger, on average, it’s possible that there may be a lower impact in terms of mortality,” says Virginia Pitzer, an epidemiologist at Yale University who wasn’t involved in the work.
But the estimates don’t take underlying conditions, such as other infectious diseases, into account or lower health-care capacity in these regions, Pitzer says. So the true scope of the COVID-19 pandemic in places like Uganda or Kenya could be higher than projected.
And younger people aren’t invulnerable to the disease. A recent report from the U.S. Centers for Disease Control and Prevention found that U.S. adults ages 20 to 44, for instance, are also being hospitalized with severe cases of COVID-19, although it’s unclear whether patients had other conditions that would put them at higher risk.
Household size is another variable that could affect COVID-19’s impact. For instance, older people in lower-income countries tend to live in larger households, so they may be at higher risk for getting infected than those in higher-income areas, the researchers write. And regions with lower incomes also have fewer existing hospital beds for patients in need of critical care. So even with COVID-19 mitigation strategies, the study estimates that 25 times as many people may need beds as are available in low-income countries, compared with seven times as many in high-income settings. 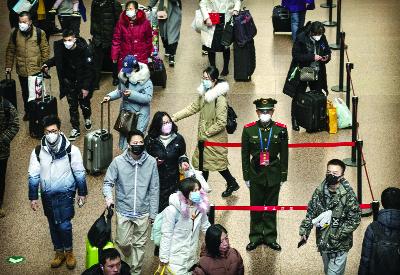 Many nations have implemented strategies similar to those in the study’s suppression scenario, ramping up diagnostic testing and contact tracing in order to find and isolate potentially exposed people. But others are falling behind, including the United States.
“Even very well-resourced countries are having a really hard time with [testing],” says Stephen Kissler, an epidemiologist at Harvard T.H. Chan School of Public Health in Boston who wasn’t involved in the study. To help address the United States’ testing woes, the Food and Drug Administration authorized a new diagnostic test on March 30 that could give results in five minutes. Currently, patients have reported waits of days or even weeks for their results.
But until there’s a vaccine or effective treatment, it may be necessary to keep suppression measures in place to prevent new cases from sparking another wave of infections. Kissler, for instance, led a study posted March 24 at the preprint server medRxiv.org, that found a one-time application of social distancing measures in the United States for four weeks up to 20 weeks may not be enough to slow the virus’ spread. So some form of social distancing strategies might be intermittently necessary into 2022, coupled with lots of diagnostic tests.
“This is not seasonal flu,” Kissler says. “This is sort of the perfect storm, where it has a low enough mortality that it can spread, but a high enough mortality that it causes huge societal disruption.”