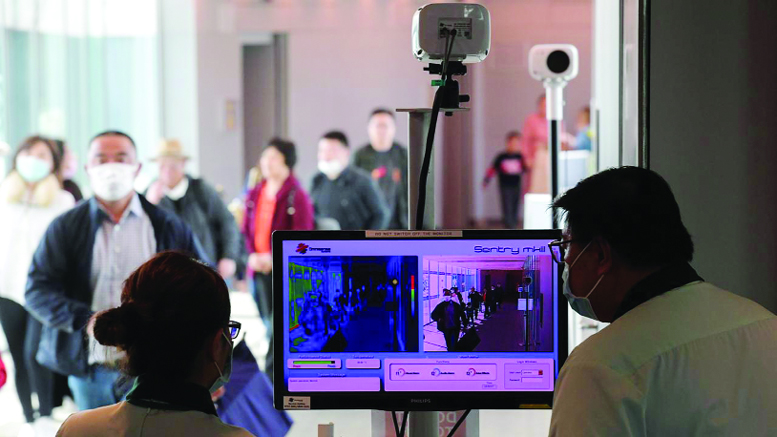 The human race is locked in a battle against something five million times smaller than us. The novel coronavirus that has emerged from the Wuhan in China has gone from an unknown enemy to feared worldwide, in a matter of months.
As it continues to spread around the world, bringing panic with it, scientists are striving to develop ways of fighting this previously unknown threat. Sophisticated computer modelling is being used to track and predict its transmission, while virologists are attempting to engineer a vaccine. Others are seeking drug treatments that can help those who fall ill with the infection.
But this is not the first coronavirus scientists have encountered, and defeating them is harder than you might think. Even after decades of trying, coronaviruses are formidable foes.
Some of the most common and challenging diseases are caused by coronaviruses. One of the viruses that causes the common cold is a coronavirus, and we have yet to find an effective vaccine or cure for it despite years of work. Both the deadly Severe Acute Respiratory Syndrome (Sars) and Middle East Respiratory Syndrome (Mers) outbreaks were also caused by coronaviruses. (Find out the truth about traditional remedies for the common cold.)
They all belong to a large group of viruses that can infect both humans and animals and can occasionally jump the species barrier. Mers, for example, was first reported in 2012 when a young boy was infected after close contact with a camel. Since then, there have been many reported cases of people being infected by camels.
The new coronavirus, which has been provisionally named 2019-nCoV, appears to be a young virus that may have emerged sometime in early December, according to attempts to trace its origins. Based on analysis of its genetic code, 2019-nCOV was initially thought to have jumped to humans from bats. The human virus has been found to share many genetic similarities to two coronaviruses in bats, but others have suggested it may have come from snakes, although this idea has been widely dismissed by virologists.
Most recently, endangered pangolins, whose scales are heavily used in Chinese traditional medicine, are being proposed as a likely conduit for the virus. Some researchers have proposed that a bat coronavirus may have combined with another coronavirus in pangolins to produce the strain now infecting humans.
But while the first cases likely occurred in people who had close contact with infected animals, it seems that most new cases from this 2019-nCoV are being passed human to human. “We believe it came from a local market, and that market is now closed,” says Christl Donnelly, a statistical epidemiologist working at Imperial College London and Oxford University. “So, it certainly is being maintained by human transmission.”
Coronaviruses typically target the upper respiratory tract, causing a range of illnesses which can potentially include pneumonia. But there is growing evidence they can move further down the body, and also affect the central nervous system, causing long-term neurological damage.
The name coronavirus itself derives from the Latin for crown, because they are sphere-shaped but covered in spikes, which resembles a crown.

Contained within this prickly shell is a string of single-stranded genetic code called RNA. As they spread from host to host, this RNA code can become easily jumbled, allowing coronaviruses to mutate quickly. This increases the chances of them gaining the ability to switch species as well as alter other characteristics, such as how infectious they are and the severity of illness they cause. It is also why so many new kinds of coronaviruses keep cropping up. It’s also why they are so hard to fight – it’s hard to hit a constantly changing target with vaccines and drugs.
In order to get a reliable model of how the disease spreads, Donnelly says, there are a few things we need to know about the virus. First, how long someone might be infected by it before developing symptoms. This is called the incubation period. Second, we need to know how long someone with the virus remains infectious for, and in cases where patients do not recover, how quickly the virus can cause death. “That helps us estimate the case fatality rate,” says Donnelly.
Another important factor is the reproduction number, which is how many other people someone with the disease will infect. Donnelly and her colleagues have estimated the new coronavirus to have a reproduction number of about 2.6. “If that number is greater than one, then you expect there to be an outbreak,” she says.
There can be great variation in the number of people a patient might infect. One patient with the new coronavirus, for example, infected 14 health care workers. These individuals are classed as “super spreaders”, and are responsible for a disproportionate share of the spread of the disease. This is because in a cough or sneeze they shed far larger numbers of the virus particles than other patients, increasing the chance they will infect someone else.
This presents a particular challenge when trying to contain an outbreak. A super spreader can enable diseases to spread faster. Both the Sars and Mers outbreaks were complicated by the role of super spreaders.
But identifying exactly who a super spreader is can be difficult. Who becomes a super spreader is both a combination of their own biology, the virus itself and the environment they are in. Some people’s immune systems allow them to carry the virus with few or mild symptoms. This means they will often move around and even travel long distances with the virus. Others, however, can suffer the opposite – heavy symptoms that cause them to sneeze and cough a lot, and so spread the disease more to those around them.
General precautions such as wearing face masks, hand-washing and stringent quarantine procedures can help to limit the spread.
New technology is also making it easier to diagnose specific viruses in the first place, which will help efforts to not only contain the outbreak, but also make it easier to understand how it spreads. Around the world, scientists are trying to develop new rapid diagnostic tools that can be used. The US Center for Disease Control and Prevention (CDC) has released a DNA based diagnostic kit for the new virus that can produce results in around four hours, but needs expensive laboratory equipment to work. Researchers at the University of California, San Francisco, and a number of biotechnology companies are reportedly working on faster approaches that do not require specialised equipment.
Even if it can be diagnosed quickly, finding an effective treatment for a virus like this is famously difficult.
The main way of treating a viral infection is to find small molecules that prevent the virus from replicating inside our cells. These “antivirals” interfere with the virus’s ability to enter our cells, disrupts its ability to hijack our cellular machinery to replicate, or prevents it from escaping infected cells.
Unfortunately, there are not many effective antiviral drugs for coronaviruses. One potential treatment for 2019-nCOV is an antiviral treatment initially developed to combat the Ebola virus. It was given to the first patient in the US with the new coronavirus, who went on to recover within days. Doctors who treated him say they cannot be sure the drug, called remdesivir, was responsible for his recovery, but other research has shown it is effective against the Mers coronavirus in mice. The drug is known as a broad-spectrum antiviral, meaning it can block the ability of a number of viruses from making copies of themselves.
Further research has indicated that remdesivir was able to inhibit the ability of the 2019-nCOV from infecting human cells in laboratory tests, but it has still to be approved by regulators for use against 2019-nCOV in patients. The same study also found that chloroquine, a medication used to prevent and treat malaria, was also effective against the virus. A clinical trial involving two drugs used for treating HIV is also underway at a hospital in Wuhan, China. 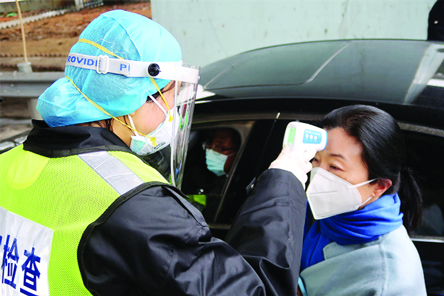 But antivirals don’t always work. MERS was first identified in humans in 2012, and eight years later doctors are still searching for a widely-accepted treatment. A 2019 study, which looked into all the available studies examining treatments for Mers, found there was no consensus. The authors called for randomised clinical trials in order to find one.
The speed with which coronaviruses mutate also means they can potentially develop resistance to anti-viral treatments.
But there are some more radical cures in the pipeline. One piece of research published last year looked at using quantum dots, particles a few nanometres in size with unusual conducting properties caused by quantum mechanics, that appear to be able to inhibit the infection of cells by human coronaviruses.
Meanwhile, there is also a race to develop a vaccine against the novel coronavirus. If a certain proportion of a community can be given immunity to a virus through a vaccine, its spread can be controlled.
The speed at which coronaviruses mutate and so change their characteristics makes them hard to vaccinate against. Vaccines tend to train the immune system to target a particular feature, such as a protein structure on the shell of the virus. But by continually altering its appearance, our immune systems find it hard to recognise different infections. It is partly why the common cold has been so difficult to develop a vaccine against.
Developing vaccines can be a long and expensive process. At the end of January it was announced the Coalition for Epidemic Preparedness Innovations (CEPI) had awarded pharmaceutical company Inovio a grant of up to $9 million (£6.8 million) to develop a vaccine to the coronavirus within 16 weeks.
A vaccine works by training the immune system to recognise a portion of the virus. This helps to ensure the person receiving the vaccine does not become sick, but they do develop antibodies that work against that virus in any future infection. But getting the right version of the virus to use can often take many attempts.
“A mutant is created by looking at the sequence for the gene of interest, or length of sequence of DNA, and changing one, two, or more letters of that DNA sequence” says Emily Leproust, chief executive of Twist Bioscience, a company based in San Francisco, which is working with Inovio on developing the vaccine. Twist’s role is to produce large quantities of precise sequences of DNA, to help speed up the process.
“There are mutants that will be more virulent and those that will be less,” says Leproust. “In many respects, it’s similar to what viruses do when they mutate to create a new strain.” The difference is, when it is done in a lab, it can be done in a controlled manner. This synthetic DNA is almost identical to the live virus, but it is unable to replicate itself and spread.
Twist is also working with Vanderbilt University, under DARPA’s Pandemic Prevention Platform, which aims to develop vaccine therapies within 60 days of an outbreak starting.
Another way a vaccine can be developed is by isolating the cells from a patient who has recovered from the disease. “These cells can then be screened [for antibodies], and the common areas of these antibodies can be reproduced to see if it is an active and effective vaccine,” says Leproust.
But it is still an open question as to whether a treatment or a vaccine will be found within a matter of months or if it will take years. Until then, says Donnelly, all that can be done is to continue to monitor the virus and try to stop it spreading.