Climate Change May Be Speeding Up Ocean Circulation 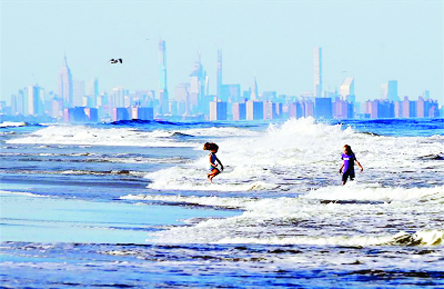 Winds are picking up worldwide, and that is making the surface waters of the oceans swirl a bit faster, researchers report. A new analysis of the ocean’s kinetic energy, measured by thousands of floats around the world, suggests that surface ocean circulation has been accelerating since the early 1990s.
Some of that sped-up circulation may be due to naturally recurring ocean-atmosphere patterns, such as the Pacific Decadal Oscillation, researchers report February 5 in Science Advances. But the acceleration is greater than can be attributed to natural variability alone — suggesting that global warming may also be playing a role, says a team led by oceanographer Shijian Hu of the Chinese Academy of Sciences in Qingdao.
The connected system of massive currents that swirl between the world’s oceans, sometimes called the Great Ocean Conveyor Belt, redistributes heat and nutrients around the globe and has a powerful effect on climate. Winds dominate mixing in the surface ocean: Prevailing winds in the tropics, for example, can push water masses aside, allowing deeper, nutrient-rich waters to surge upward.
In the deeper ocean, differences in water density due to salt and heat content keep the currents flowing. For example, in the North Atlantic Ocean, surface currents carry heat north from the tropics, helping to keep northwestern Europe warm. As the waters arrive at the Labrador Sea, they cool, sink and then flow southward, keeping the conveyor belt humming along.
How climate change might affect this Atlantic Meridional Overturning Circulation, or AMOC, has garnered headlines, as some simulations have predicted that global warming would lead to a slowdown in which could eventually bring a deep chill to Europe. In 2018, paleoceanographer David Thornalley of University College London and colleagues reported evidence that the AMOC has weakened over the last 150 years, although the question remains uncertain.
But the new study focuses on “the amount of swirling around of upper ocean waters due to wind,” rather than the speed of that overturning circulation, says Thornalley, who was not involved in the work.
Global warming has long been predicted to slow global wind speeds, called “global stilling.” That’s because the poles are warming faster than the equatorial region, and a smaller temperature gradient between the two zones might be expected to result in weaker winds. But recent studies, such as a report published November 2019 in Nature Climate Change, suggest that wind speeds around the world have actually been speeding up, at least since about 2010. 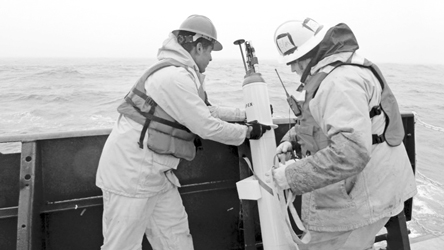 The new study suggests that winds have actually been picking up over the oceans for several decades, leading to the faster-swirling surface waters especially in the tropics. The study used data collected by over 3,000 Argo floats, which measure temperature, salinity and speeds of currents down to about 2,000 meters, in oceans around the world. Then, the team combined these data with a variety of climate simulations to calculate the change in kinetic energy —energy from the wind motion that gets transferred to the water — in that upper part of the ocean.
Each of the analyses that the team performed showed the same trend: On average around the world, there was a distinct uptick in kinetic energy beginning around 1990.
The new analyses of wind speeds come from satellite, shipboard and other data previously collected and analyzed by other scientists. The team considered one possible culprit for those changing winds: the late-1990s onset of a “cold” phase of an El Niño–like ocean-atmosphere pattern called the Pacific Decadal Oscillation, which can bring stronger winds to the tropics. But, the researchers say, the observed acceleration is much larger than would be expected from natural variability alone, suggesting that it is part of a longer-term trend.
Simulations of increasing greenhouse gas emissions over the last two decades, the team found, produce a similar uptick in winds, suggesting that climate change may be speeding up the winds too.