Bilqis (RA) – The Queen of Saba By Fahmida Mehreen

Women have been in leadership for many years. Since the beginning of civilization, women leadership has played a vital role in shaping society at large. Among many such women of substance, one of the mentionable personalities is Bilqis (R.A.), the queen of Saba (Sheba) in the 6th centuary B.C. Saba is modern day Yemen. She is prominently known as a leader who despised war and violence. She was a wise ruler and was liked by her people for her acumen.
Initially, Bilquis (R.A.) and her people worshipped the sun. However, Prophet Sulaiman (PBUH) sent her a message in the form of a letter through his hoopoe bird to worship the One True God, Allah (SWT) instead of the sun. Bilqis (R.A.) accepted the letter in a welcoming manner and courteously consulted her advisors. As referred to in the Hadith, she said “O eminent ones, indeed, to me has been delivered a noble letter. Indeed, it is from Solomon, and indeed, it reads: ‘In the name of Allah, the Entirely Merciful, the Especially Merciful, Be not haughty with me but come to me in submission [as Muslims].”
Furthermore, we can find in the Holy Quran that she said, “O eminent ones, advise me in my affair. I would not decide a matter until you witness [for] me.” [Holy Quran; 27:29-32]
In the light of the letter from Prophet Sulaiman (PBUH), advisors of Bilqis (R.A.) suggested to go to a war. But, Bilqis (RA) was strong in maintaining peace and defied going to war as that caused severe loss and destruction. Her folks said that, “We are men of strength and of great military might, but the command is yours, so see what you will command.” – to which she replied, “Indeed kings – when they enter a city, they ruin it and render the honored of its people humbled. And thus do they do.”[Holy Quran; 27: 33-34]
Eventually, the queen sent gifts for Prophet Sulaiman (PBUH) but he refused to accept them. She decided to travel all the way to Jerusalem to meet Prophet Sulaiman (PBUH), and her throne was transported to the king’s palace before her arrival by a jinn. She was surprised and overwhelmed to see her throne at the palace. As she was about to enter the throne, she saw water everywhere. In order to refrain from getting her skirt wet, she lifted up her skirt. Prophet Sulaiman (PBUH) explained to her that was a glass with water flowing beneath it.
This example shades light on her misconception about god. She realized that what is seen is not always what is true. The misjudgment enlightened her and about the truth of Islam and she became a Muslimah. 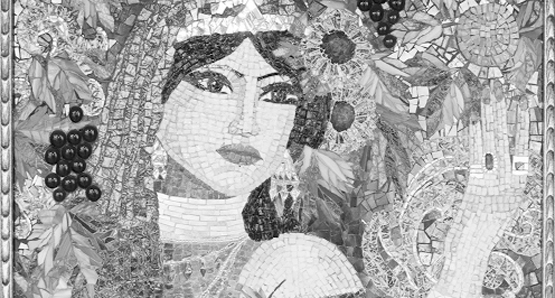 “She (the Queen of Sheba) was asked to enter the lofty Palace: but when she saw it, she thought it was a lake of water, and she (tucked up her skirts), uncovering her legs. He (Prophet Solomon) said: ‘This is but a palace paved smooth with slabs of glass.’ She said: ‘O my Lord! I have indeed wronged my soul: I do (now) submit (in Islam), with Solomon, to the Lord of the Worlds.’” [Holy Quran; 27:44]
Thus, her understanding and indulgence is exemplary in Islam for submitting to the oneness of Allah and taking us Islam as her religion. She is proved to be one of those significant ones who has rightfully accepted Islam and was truly guided by Allah (SWT). Propher Sulaiman said, “Disguise for her throne; we will see whether she will be guided [to truth] or will be of those who are not guided.” [Holy Quran 27:41]
Bilqis (RA) has been mentioned in the Holy Quran and Hadith many a time. Her sense of ethics, love for humanity and disinclination towards war made her a mentionable person in the history of Islam. For the sake of Allah, she was a believer of peace. She was not only a firm yet caring leader, but also a good Muslim after accepting Islam as her religion. Not many of us are aware about Bilqis (R.A.) but as a Muslim, and particularly as women, we must know more about Bilqis (R.A.) because she sets a strong example for modern day progressive women. Her life and way of living along with her values and principles show that one may lead a liberal and open-minded lifestyle while following the code of conducts of Islam because Islam never oppresses women; rather it empowers them.