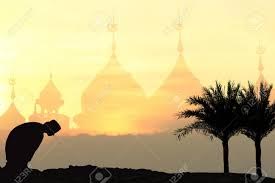 It was December 23, 1986, two days away from Christmas, when Arch Bishop Martin John Mwaipopo, announced to his congregation that he was leaving Christianity for Islam. The congregation was paralysed with shock on hearing the news, so much so, that his administrator got up from his seat, closed the door and windows, and declared to the church members that the Bishop’s mind had become unhinged, that is, he had gone mad.
Little did they know that inside the Bishop’s heart lay a decision that would blow their minds, and that the entertainment was only a farewell party. But the congregant’s reaction was equally shocking!
They called the police to take the “mad” man away. He was kept in the cells until midnight when Sheikh Ahmed Sheik, the man who initiated him into Islam came to bail him out.
That incident was only a mild beginning of shocks in store for him. Al Qalam reporter, Simphiwe Sesanti, spoke to the Tanzanian born former Lutheran Arch Bishop Martin John Mwaipopo, who on embracing Islam came to be known as Al Hajj Abu Bakr John Mwaipopo.
Credit must go to the Zimbabwean brother, Sufyan Sabelo, for provoking this writer’s curiosity, after listening to Mwaipopo’s talk at the Wyebank Islamic Centre, Durban. Sufyan is not sensationalist, but that night he must have heard something – he just could not stop talking about the man! Who would not be hooked after hearing that an Arch Bishop, who had not only obtained a BA and Masters degree, but a doctorate as well, in Divinity, had later turned to Islam?
And since foreign qualifications matter so much to you, a man who had obtained a diploma in Church Administration in England and the latter degrees in Berlin, Germany! A man, who, before becoming a Muslim, had been the World Council of Churches’ General Secretary for Eastern Africa – covering Tanzania, Kenya, Uganda, Burundi, and parts of Ethiopia and Somalia. In the Council of Churches, he rubbed shoulders with the present chairman of the South African Human Rights Commission. Barney Pityana and the Truth and Reconciliation Commission ‘s chairman, Bishop Desmond Tutu. It is a story of a man who was born 61 years ago, on February 22 in Bukabo, an area that shares its borders with Uganda. Two years, after his birth, his family had him baptised, and five years later, watched him with pride being an alter boy. Seeing him assisting the church minister, preparing the “body and blood” of Christ, filled the Mwaipopos with pride, and filled Mwaipopo Senior with ideas for his son’s future.
“When I was in a boarding school, later, my father wrote to me, stating he wanted me to become a priest. In each and every letter he wrote this”, recalls Abu Bakr. But he had his own ideas about his life, which was joining the police force. But at the age of 25, Mwaipopo gave in to his father’s will. Unlike in Europe where children can do as they will after age 21, in Africa, children are taught to honour their parent’s will above their own. 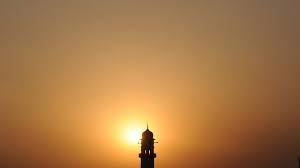 “My son, before I close my eyes (die), I would be glad if you could become a priest”, that’s how father told son, and that’s how the son was moved, a move that saw him going to England in 1964, to do a diploma in Church Administration, and a year later to Germany to do a B.A degree. On returning, a year later, he was made acting Bishop.
Later, he went back to do Masters. ” All this time, I was just doing things, without questioning. It was when he began to do his doctorate, that he started questioning things. “I started wondering … there is Christianity, Islam, Judaism Buddhism each different religion claiming to the true religion. What is the truth? I wanted the truth”, says Mwaipopo. So began his search, until he reduced it to the “major” four religions. He got himself a copy of the Qur’an, and guess what?
” When I opened the Qur’an, the first verses I came across were, ‘ Say: He is Allah , The One and Only; Allah, the Eternal, Absolute; He begeteteth not, nor is He begotten; And there is none like unto Him? (Surah Ikhlas)’ “, he recalls. That was when the seeds of Islam, unknown to him, were first sown. It was then that he discovered that the Qur’an was the only scripture book that had been untampered with, by human beings since its revelation. “And in concluding my doctoral thesis I said so. I didn’t care whether they give me my doctorate or not – that was the truth, and I was looking for the truth.” While in that state of mind he called his “beloved” Professor Van Burger.
“I closed the door, looked him in the eye and asked him ‘of all religions in the world, which is true’, I asked.
‘Islam’, he responded.
‘Why then are you not a Muslim?’, I asked again.
He said to me “‘One, I hate Arabs, and two, do you see all these luxuries that I have? Do you think that I would give it all up for Islam?’. When I thought about his answer, I thought about my own situation, too”, recalls Mwaipopo. His mission, his cars – all these appeared in his imagination. No, he could not embrace Islam, and for one good year, he put it off his mind. But then dreams haunted him, the verses of the Quran kept on appearing, people clad in white kept on coming, “especially on Fridays”, until he could take it no more.
So, on December 22, he officially embraced Islam. These dreams that guided him – were they not due to the “superstitious” nature of the Africans? “No, I don’t believe that all dreams are bad. There are those that guide you in the right direction and those which don’t, and these ones, in particular, guided me in the right direction, to Islam”, he tells us. Consequently, the church stripped him of his house and his car. His wife could not take it, she packed her clothes, took her children and left, despite Mwaipopo’s assurances that she was not obliged to become a Muslim. When he went to his parents, they, too, had heard the story. “My father told me to denounce Islam and my mother said she did not “want to hear any nonsense from me”, remember Mwaipopo. He was on his own! Asked how he now feels towards his parents, he says that he has forgiven them, in fact found time to reconcile with his father before he departed to the world yonder.

Flood the world with literature. Right now, Muslims are made to feel ashamed to be regarded as fundamentalists. Muslims must stop their individualistic tendencies, they must be collective.

“They were just old people who did not know. They could not even read the Bible…all they knew was what they had heard the priest reading”, he states. After asking to stay for one night, the following day, he began his journey to where his family had originally come from, Kyela, near the borders between Tanzania and Malawi. His parents had settled in Kilosa, Morogoro. During his journey, he was stranded in Busale, by one family that was selling home brewed beer. It was there that he met his future wife, a Catholic Nun, by the name of Sister Gertrude Kibweya, now known as Sister Zainab. It was with her that he travelled to Kyela, where the old man, who had given him shelter the previous night had told him that that’s where he would find other Muslims. But before that, in the morning of that day he had made the call to prayer (azaan), something which made the villagers come out, asking his host why he was keeping a “mad” man. “It was the Nun who explained that I was not mad but a Muslim”, he says. It was the same Nun who later helped Mwaipopo pay his medical fees at the Anglican Mission Hospital, when he had become terribly sick, thanks to the conversation he had had with her. The story goes that he had asked her why she was wearing a rosary, to which she responded that it was because Christ was hanged on it. “But, say, someone had killed your father with a gun, would you go around carrying a gun on your chest?” Mmmhhh. That set the Nun thinking, her mind “challenged”, and when the former Bishop proposed marriage to the Nun later, the answer was “yes”. Secretly, they married, and four weeks later, she wrote a letter to her authorities, informing them of her leave. When the old man who had given him shelter, (the Nun’s uncle) heard about the marriage, when they arrived at his house, they were advised to leave the house, because “the old man was loading his gun”, and the Nun’s father was enraged, “wild like a lion”. From the Bishop’s mansion, Mwaipopo went to live in a self built mud house. From earning a living as the World Council of Churches’ General Secretary for Eastern Africa, he began earning a living as a wood cutter and tilling some people’s lands. When not doing that he was preaching Islam publicly. This led to a series of short-term imprisonments for preaching blasphemy against Christianity.
While on hajj in 1988, tragedy struck. His house was bombed, and consequently, his infant triplets were killed. “A bishop, whose mother and my own mother were children of the same father, was involved in the plot’, recalls Mwaipopo. He says instead of demoralising him, it did the opposite, as the numbers of people embracing Islam, increased, this including his father in law.
In 1992, he was arrested for 10 months, along with 70 followers, charged with treason. This was after some pork shops, against which he had spoken, were bombed. He did speak against them, he admits, saying that constitutionally, since 1913, there was a law against bars, clubs and pork shops in Dar es Salaam, Tanga, Mafia, Lindi and Kigoma. Fortunately for him, he was acquitted, and immediately thereafter, he fled to Zambia, exile, after he was advised that there was a plot to kill him. He says that that very day he was released, police came to re-arrest him. And guess what? “The women said no ways! They said that they would resist my arrest physically against the police. It was also the women who helped me cross the borders unnoticed. They clothed me in the women’s fashion!”, according to Mwaipopo. And that is one of the reasons that make him admire women. 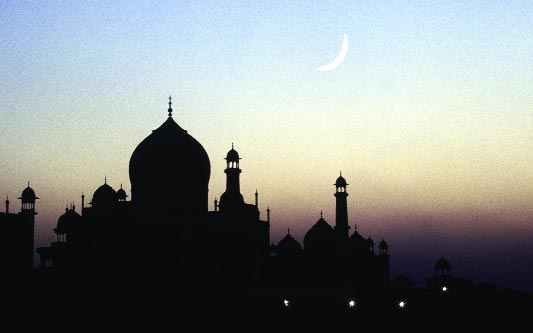 “Women must be given a high place, they must be given good education in Islam. Otherwise how would she understand why a man marries more than one wife…It was my wife, Zainab, who proposed that I should marry my second wife, Shela, (her friend), when she had to go for Islamic studies abroad”, it’s the bishop who says so. Yah? To the Muslims, Al Hajj Abu Bakr Mwaipopo’s message is, “There is war against Islam…Flood the world with literature. Right now, Muslims are made to feel ashamed to be regarded as fundamentalists. Muslims must stop their individualistic tendencies, they must be collective. You have do defend your neighbour if you want to be safe”, he states, also urging Muslims to be courageous, citing the Islamic Propagation Centre International’s Ahmed Deedat. “That man is not learned, but look at the way he has propagated Islam”.