It is now known that the old theory of a static Universe is no longer tenable. Modern science has revealed that there is nothing fixed or static in the Universe, and it has been expanding ever since it came into existence.
Thus, by nature of its creation, our Universe is dynamic and everything in it is perpetually changing.
Our Earth has been changing as well. Scientists say that it has taken millions of years and several eons of adaptation for it to become suitable to support life.
Our mountains, oceans, deserts, and forests have traded places on Earth through the shifting sands of time; so has the life that it supports. Some species have come and gone and others have adapted to change. These natural changes have occurred everywhere on Earth: in its air, on its land, and under its seas. Here also, there is nothing fixed or static.
Our Earth has existed far longer than human beings. So have all other living species. Therefore, they are well adapted to natural change. The same may not be said of us humans, though. Endowed with the power of rational thinking, humans also have the ability and willingness to destroy themselves. According to Einstein:
“By painful experience we have learnt that rational thinking does not suffice to solve the problems of our social life. Penetrating research and keen scientific work have often had tragic implications for mankind, producing, on the one hand, inventions which liberated man from exhausting physical labor, making his life easier and richer; but on the other hand, introducing a grave restlessness into his life, making him a slave to his technological environment, and—most catastrophic of all—creating the means for his own mass destruction.” [Albert Einstein, Out of My Later Years, p. 152] 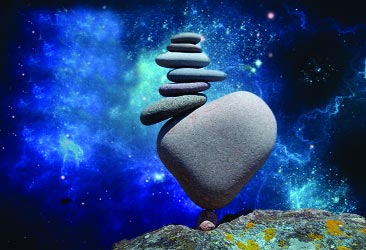 The main motivation of powerful nations pursuing this course is to dominate weaker ones – by hook or by crook. Initially, the self-destructive forces produced by following such a course remain relatively imperceptible, thus producing a false sense that their power will last forever. But as time goes on, these nations meet their eventual destruction despite their power. History is full of such stories: ancient Babylon, Egypt, Greece, Iran, Rome and even some parts of the New World are now graveyards of powerful civilizations. This destruction is not a random act but is the result of their wrong actions based on the law of the rise and fall of nations.
Actually, there are two aspects of this law i.e., two sides of the same coin. Both are essential, for the rise, growth, and the moral and intellectual advancement of a nation: i) knowledge of the forces of the outer world, and ii) knowledge of the forces of the inner world within human beings. One without the other is bound to lead to ultimate destruction of any civilization. With proper balance between these two forces, human societal advancement will know no bounds, both intellectually and spiritually.
But first of all, let us be clear that a nation cannot hope to recover from its abyss unless it changes its inner self. Stopgap measures or doing patch up work only to treat the symptoms would only prolong suffering and would not cure the disease. A nation needs a fundamental change in its outlook, its psychology, and its attitude if it truly wants to change its destiny.
One way to achieve glory is by assigning two separate arenas of human thought: one for scientific thinking – done by people of science, and the other for religious thinking – done by people of religion. One is not allowed to interfere with the other. Religious people take charge of Religion and its hierarchy, and the science people take charge of Science and its hierarchy.
After Galileo was sentenced to death by the Church for his scientific thinking that was in conflict with the Church, it made perfect sense to the West to create these two mutually exclusive compartments of human thought. This separation has apparently enabled the West to gain mastery over the forces of the outer world as never before.
Since at the present time we are in the grips of this Western approach, we tend to believe that this is the way to glory. But let us see what modern Western thinkers have to say about this approach.
“For science can only ascertain what is, but not what should be, and outside of its domain value judgments of all kinds remain necessary…. Representatives of science have often made an attempt to arrive at fundamental judgments with respect of values and ends on the basis of scientific methods and in this way have set themselves in opposition to religion. These conflicts have all sprung from fatal errors. . . For the scientist, there is only “being,” but not wishing, no valuing, no good, no evil, no goal.” [Albert Einstein, Out of My Later Years, p. 152]
“We began our era of scientific efficiency confident that materialistic triumphs would solve life’s problems. We are finding we were wrong. Life is not as simple as that.” [J.W.T. Mason, Creative Freedom, pp 183-4.]
“Man has created a new world with its own laws and destiny. Looking at his creation, he can say, truly, it is good. But looking at himself what can he say? … While we have created wonderful things we have failed to make of ourselves beings for whom this tremendous effort would seem worthwhile.” [Erich Fromm, Psychoanalysis & Religion, pages 1-2] 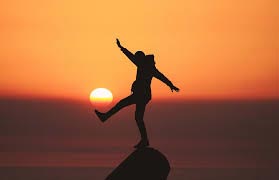 Why does the West fail to deal with the complex problems of humankind? After all, the West came to their current methodology after a long, hard fought battle with the Church resulting in the constitutional separation of the Church and the State. The answer may actually lie in the very principle of the separation of Church and State which essentially created a dualistic self: one private, the other public; one related to the Church, the other related to the State; one subjective, the other objective; one devoted to Sunday, the other devoted to the rest of the days.
Thus, God became associated with the private life of citizens while the State took control of their public life. Forces within the inner world of human beings thus became disassociated with the forces of their outer world. This created tension in people’s inner and outer worlds. All the power the West has mustered through the control and mastery over the outer world seems unable to control the destructive forces of its inner world. One has become bright and shiny while the other has remained dark and gloomy. The fullness of body and emptiness of the soul are the obvious manifestations of practicing this Western approach to life. In the words of Erich Fromm:
“Ours is a life not of brotherliness, happiness, contentment but of spiritual chaos and bewilderment dangerously close to state of madness — not the hysterical kind of madness which existed in the Middle Ages but a madness akin to schizophrenia in which the contact with reality is lost and thought is split from affect.”
“Those who try to find a solution by returning to traditional religion are influenced by a view which is often proposed by religionists, that we have to choose between religion and a way of life which is concerned only with the satisfaction of our instinctual needs and material comfort…Priests and ministers appear to be the only professional groups concerned with the soul, the only spokesmen for the ideals of love, truth, and justice.” [Psychoanalysis & Religion, pages 1-2.]
Contrary to the approach practiced by the West, the past glory of Muslims in Science was not the result of separation of science and religion. Those revolutionary Muslim scientists were truly devoted to religion while carrying out their scientific studies. There were no contradictions between their scientific thinking and their religious thinking. In fact, the driving force behind their scientific discoveries was the Quranic command to observe the signs of God spread throughout the Universe (3:189-191, 16:48, 21-30-32, 23:18, 26:7-8, etc.). 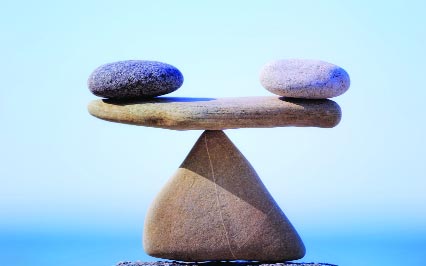 The achievements of those Muslim scientists were truly astounding—maybe more than the Western scientific achievements—because they were pioneers in creating and advancing so many branches of new knowledge (without the modern facilities enjoyed by later scientists). It may even be fair to say that there would not have been a Western renaissance in such a short time without Muslim achievements in science. Western historians of science (e.g., Robert Briffault, George Sarton, John W. Draper) generally recognize the fact that the West actually built its scientific superstructure on the giant shoulders of great Muslim scientists of the past.
So, there we have it: two distinct approaches to science. One may be called the isolationistic approach, the other holistic or integrated approach. These two approaches create their own distinctive social, cultural, and moral environments. This is where the second aspect of the rise and fall of nations comes into play. The inner soul of the Western society is suffering from its isolationist approach even though it has acquired unprecedented power over the forces of nature through science. Poet Iqbal (1877-1938) has beautifully captured this dilemma of the West thus:
He, who seeks the path of stars in the outer world;
Could not travel the path of his own thoughts!
He, who has captured the rays of the shining Sun;
Couldn’t find the morn of his life’s own dark night!
In other words, human reason can subdue the forces of nature but cannot by itself find a satisfactory solution to the complexity of the problems of humankind. The holistic or integrative approach is the only way to balancing both aspects of human existence: material (the outer world) as well as spiritual (the inner world) which is: 1) to acquire knowledge of the forces of the Universe and 2) to use its power for the benefit of all humankind without any discrimination whatsoever. This is how we can create long-term balance between the outer and inner worlds.