Memory Hacks to Make You Smarter

No matter how smart you think you are, the chances are that you sometimes fail to make the most of your memory. A series of surveys have shown most students fail to use proven methods of learning effectively, instead wasting their time on ineffective methods.

One of the problems is that we often receive a lot of conflicting information from parents, teachers, and scientists, so that we are unsure what works and what doesn’t.

Fortunately, a new paper, published in one of the top psychology journals, has examined the biggest misconceptions, with a list of the five most popular study strategies, the potential pitfalls, and the ways that they can use them more effectively.

Learning new vocabulary? The most common strategy is to read the words and their meanings until they stick. Unfortunately, psychologists believe that it is too passive, meaning that most of the information fails to leave an impression.

Passive rereading is probably the least effective study method, but it may sometimes feel inevitable if you feel like you lack a basic understanding of the concepts. You can make better use of those sessions, however, by ensuring that you return to the material at regular intervals. You might read a chapter, move on to something else, and then re-read it after an hour, a day, or a week to help stimulate the memory.

You can also benefit from questioning your understanding before you return to the material, which helps tune your attention on the bits you do and don’t know and increases your mental engagement.

Like rereading, this study technique is nearly ubiquitous. The idea makes sense: the process of underlining key words and phrases should help you to engage more with the information, and it makes it easier to identify the most important passages later on. But although it can be more effective than passive rereading, underlining and highlighting often fails to work, with most students mindlessly marking up almost every paragraph without much discernment.

Instead, the scientists suggest that you read the text once through cold, and then mark up the relevant passages on the second pass. By forcing you to think more carefully about each point and its relative importance in the overall argument, this encourages the more active processing that is essential for the formation of stronger memories. 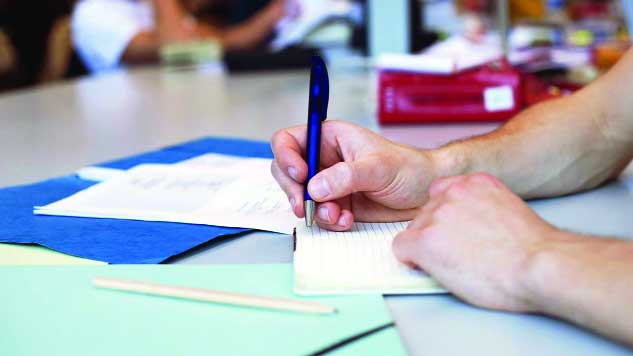 Visit any lecture theatre or library and you will find students judiciously copying the most important facts into their notebooks. Like underlining and highlighting, the problems come when you fail to be judicious about the material you are including. Your overenthusiasm – and propensity to include everything that is mentioned – can easily become a vice.

Experiments have shown that the fewer words students use to express an idea in their notes, the more likely they are to remember it afterwards. This is probably because creating summaries and paraphrasing force you to think deeply about the nub of the idea you are trying to express – and that additional effort cements it in your memory. These findings may also explain why it is better to take notes with a pen and paper, rather than using a laptop: writing by hand is slower than typing and forces you to be more concise in what you note down.

Many teachers encourage their students to take a ‘bird’s eye’ view of the course they are studying, presenting an overview of the key points to be learned in a structured, logical manner. Sometimes these outlines are created by the instructor themselves, but they may also encourage the student to do it for themselves. 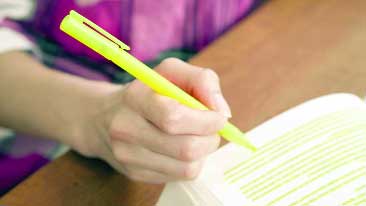 If you highlight too many notes, you may bury the information thats most important

Students offered a course outline do tend to perform better, new evidence suggests, since it allows them to identify the underlying connections between different topics. These studies suggest that it’s often more efficient to begin with a skeletal outline before study, and to then fill in more of the details as you progress.

Much of our learning is independent, of course, without formal instruction – but you can easily make your own bullet-point outlines of a text or lecture. Again, being concise is key: you have to focus on the structure of the argument rather than getting lost in the details, if you are to see those underlying connections and make the most of that deeper learning.

Self-testing (or “retrieval practice”, as psychologists call it) is now considered to be most reliable learning strategy, particularly for specific, detailed facts, with considerable evidence that it can boost memory. Even so, there are still more and less effective ways of doing it.

Most people struggle to gauge the limits of their own thinking, believing that their decisions are smarter than they really are – and judgments of learning are no different. Indeed, one study found that the more confident people felt about their learning of a fact, the less likely they were to recall it later.

We all underestimate just how easily we will forget material in the future. The use of flash cards can therefore backfire if you believe that once an item is successfully recalled, it will stick forever – leading you to ‘drop’ the card before it is cemented in your memory. Instead, it makes more sense to continue testing long after you think you know the word.