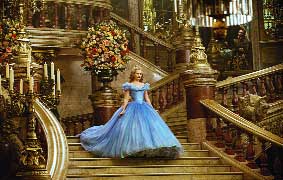 ‘Cinderella’ is a 2015 American romantic fantasy film directed by Kenneth Branagh, with a screenplay written by Chris Weitz. The story is based on Charles Perrault’s eponymous fairy tale. Although not a direct remake, the film borrows many elements from Walt Disney’s 1950 animated musical film of the same name.
Plot Summary: Ella is living a great life until her mother passes away. Ella’s father remarried a “good” woman with two wretched daughters. One day Ella’s father goes on a journey and never returned because of death. Ella gets stuck living with her “family” until she rides in the woods and meets a prince. The Prince holds a ball expecting to see Ella there. The stepmother admits her jealousy and locks up who she call Cinderella in her attic room.

The True Cost (2015)
Genre: Documentary/Biography
This is a story about clothing. It’s about the clothes we wear, the people who make them, and the impact the industry is having on our world. The price of clothing has been decreasing for decades, while the human and environmental costs have grown dramatically. The True Cost is a groundbreaking documentary film that pulls back the curtain on the untold story and asks us to consider, who really pays the price for our clothing? Filmed in countries all over the world, from the brightest runways to the darkest slums, and featuring interviews with the world’s leading influencers including Stella McCartney, Livia Firth and Vandana Shiva, The True Cost is an unprecedented project that invites us on an eye opening journey around the world and into the lives of the many people and places behind our clothes. 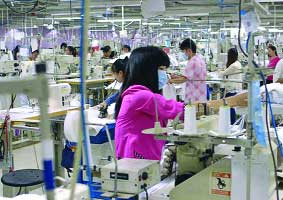 Merchants of Doubts (2014)
Genre: Documentary
This is not a film about the science of climate change, second-hand smoke, or risks of flame-retardants. It is about the tactics used (repeatedly) to mislead the public about that science. Most notably, the “merchants of doubt” foster unwarranted images of uncertainty and obscure scientific consensus, and even threaten the scientists themselves (and then joke about it). All the while they hide their sources of funding and conflicts of interest that might lead a reasonable person to measure their claims. The documentary evidence and testimony presented is compelling–including, ironically, the voices of the con-artists themselves (Marc Morano, Fred Singer, Tim Phillips). Especially noteworthy is testimony by those who discovered the deceptions despite prior sympathetic beliefs: Matthew Crawford, Michael Shermer, Congr. 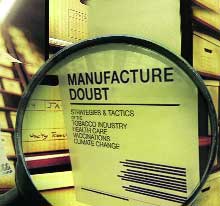 Bob Inglis.
Striking imagery. Amusing moments. But also chilling when one reflects how these voices obscure harms to our health and environment. Worse, they appeal to the banner of free speech and other “freedoms” (to do harm, in the name of unregulated business, I suppose), and imagine that sheer will or personal belief can trump sound scientific conclusions. Other naysaying reviews one finds of this film will surely be further evidence of what the film itself exposes so well. Once revealed, never again concealed.
– Douglas Allchin 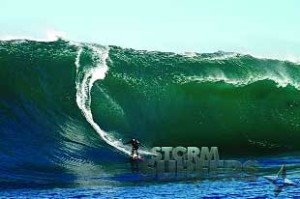 Storm Surfers 3D (2012)
Genre: Documentary/Adventure
STORM SURFERS 3D is an epic, character-driven adventure documentary following two best friends on their quest to hunt down and ride the biggest and most dangerous waves in Australia. Aussie tow-surfing legend Ross Clarke-Jones and two-time world champion Tom Carroll enlist the help of surf forecaster Ben Matson and together they track and chase giant storms across the Great Southern Ocean. Braving enormous waves, freezing conditions and near-death experiences, the film follows all of Ross, Tom and Ben’s adventures over the 2011 winter big-wave season, all in stunning 3D. Along the way they join forces with big wave chargers Paul Morgan, Mark Mathews and Paul ‘Antman’ Paterson to conquer waves in Western Australia, on the east coast and in Tasmania, with a special appearance by the greatest surfer of all time, Kelly Slater. The holy grail for this team of big wave hunters is to discover and ride new waves that have never been surfed. This year, Ross, Tom and Ben get the chance of a lifetime when they embark on the biggest and most dangerous mission of their lives to a wave that has never been ridden, 75km from land.

Gascoigne (2015)
Genre: Documentary/Biography/Sports
Salon Pictures’ feature documentary is about the maverick soccer player Paul Gascoigne, known both for his sublime soccer skills on 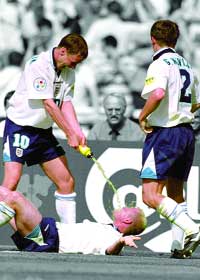 the pitch and his self-destructive behavior off the field. “Gascoigne,” which is directed by Jane Preston (“Graffiti Wars”), and produced by Salon’s Nick Taussig and Paul Van Carter, is built around an extensive interview with Gascoigne, and accompanied by archive material showing career highlights, and interviews with those who knew him, and those he played with or against. Gascoigne rose from poverty-stricken beginnings in North-East England to forge a stellar career with a ferocious free kick and the ability to dribble past entire teams. The film is not only a sports biographical documentary, but also a “compelling narrative-driven character study and cinematic portrayal of infamy.” 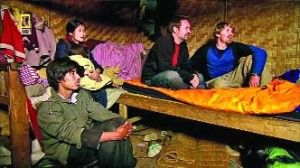 Gorges Dam, Ice City, Going Local, Gansu & Beijing Boom. I am reviewing only the first episode. You’ll find information on the other episodes on docuwiki.net and other internet websites on documentaries. The documentary series is published by National Geographic. You’ll find the some of the episodes available on youtube.com.

Episode 1: The Silk Road –
Jeff and Peter Hutchens begin their China journey in Chinas westernmost province, Xingjiang. Populated by locals known as Uyghars, the brothers try to learn the ways of these rough people. They begin their journey in the city of Kashgar. Located near the only passes through the nearly impassible Pamir mountains, Kashgar was the last stop before starting out on the “the Silk Road” to western markets. In Kashgar, they barter for hats in the market, obtain a Uyghar knive, attend a cock-fight, celebrate the Muslim holiday of Ramadan, and even eat goats head! On the Silk Road, the brothers buy silks, hunt for precious white jade, ride a camel caravan through the desert, and play a version of polo with a goats head. Theyll do all of this to understand the traditional and modern way of life of the Uyghar people.
Source:
en.wikipedia.org
www.imdb.com
docuwiki.net