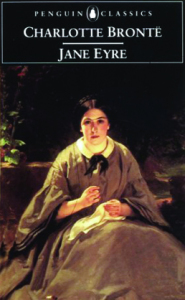 Jane Eyre, a famous novel by Charlotte Bronte, talks about an orphan child who lives with her aunt and cousins. Unfortunately, her aunt, Mrs. Reed, loathes Jane and tries her level best to keep the girl away from all the pleasures the junior Reeds can enjoy.
Jane not only has to lead a very lonely life, but the constant mockery by her naughty cousins forces her to keep herself isolated from everything.
The whole novel is obviously written in English, but the words might seem a little harder than usual for the general readers. Even a little bit of French can be seen scattered here and there.
Gradually, after a series of harsh events, Jane got the chance to study at a boarding school. Misery was her constant companion here as well. The students were given a meager amount of food. Moreover, they never got certain facilities like hot water or constant medical services. At present, students take these privileges for granted. Imagine what life would be like for Jane?
Despite all the hardships Jane did manage to learn a lot at Lowood, her school. She also made a very good friend, Helen Burns. Unfortunately, Helen, along with many others, fell victim to a disease and passed away, leaving Jane alone again.
After teaching at Lowood for some time, Jane applied for a different job. Her employment as the governess of Adele, a young ward of Mr. Rochester, was a very enjoyable one. Yes, there were certain things that seemed a bit odd, but Jane did not mind much.
Mr. Rochester lived with Adele and a few housekeepers at a place called Thornfield. Jane had a very sweet relationship with Adele and the elderly housekeeper, Mrs. Fairfax.
Gradually, Jane and Mr. Rochester fell in love. However, just on the day of her wedding, Jane got to know that Mr. Rochester had another wife, who was mentally ill.
Shattered, Jane ran away from Thornfield. Later, she came across a group of her cousins. She also inherited a fortune from an uncle of hers, which she gladly shares with her cousins.
Some days later, Mr. Rochester encounters an unexpected accident, which left him visually impaired. Even then, Jane decided to return, and accepted him just the way he is.
At present, when we frequently hear about extra marital affairs and the like, this novel not only provides the inner meaning of true love, but also inspires women to follow their dreams, no matter what. The unabridged, original version might seem a little lengthy, but trust me; this is one piece of literature worth reading. Kudos to Charlotte Bronte!