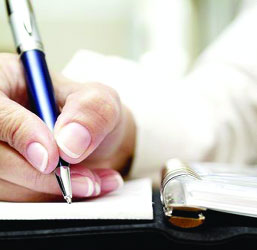 Dear readers
Assalamu alaikum.
Hope you are keeping well and so are we, alhamdulillah.

The history of airplanes is more than one hundred years. Orville Wright of the Wright brothers piloted the first powered airplane 20 feet above a wind-swept beach in North Carolina on December 17, 1903. Since then billions of people have used airplanes to make the long distances shorter and go across the oceans and the hills. For centuries, adventurers tried to fly with their invented airplanes and all of them failed miserably, some even died. Also, after 1903, thousands of airplane accidents occurred and caused deaths of thousands of people. Very recently, a Malaysian Airplane just vanished in the air with hundreds of passengers. In our cover story we tried to focus on some important events of aviation with details and images. Hope you wouldn’t miss it.

Sagacious subscriber
In the wake of political impasse, moral depravation, absence of visionary leadership and meddling by foreign diplomats in Bangladesh politics as a student you need to stand out from the crowd. You need to study, study and study. You should study in class, corridor, inside home outside home and even on the safe walkways only to raise each of you as a diplomat of your country in this December. Only to supply the Bangladesh with visionary leadership you need to swear to defeat hooliganism of the secularists and nationalists by your knowledge.
Hope to return to you soon.