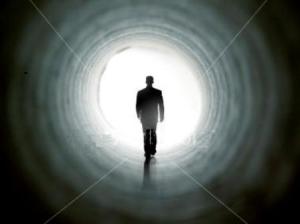 Before I became Muslim, my habit when I visited any city or town was that the first building I would enter or look for in that city would be a place of worship, a temple or church or whatever. Allah may He be exalted  willed that I should enter a mosque when the Muslims were praying Maghrib. I waited until they had finished, then I met with the imam of the mosque who started to talk to the worshippers after the prayer. I had a quiet and objective discussion with him which was the beginning of my journey to Islam.
With these words begins the story of Abd-Allaah al-Mahdi, in which he tells us how he came to Islam, how he entered this religion, and what influenced him.
Concerning his upbringing and his life before Islam, Abd-Allaah al-Mahdi tells us:
Before I came to Islam, my name was Leonardo Villar. I was born on 4/12/1935 in a Christian family who belonged to the Catholic church. As a child I was brought up by my grandfather and grandmother, who taught me their beliefs, which was the doctrine of Trinity, the belief that the Nazarene was the son of God and that he was the one whom we worshipped alongside God. They started to send me to the English school, after I had repeatedly asked them to do so, but I did not complete my studies there, praise be to Allah. At that time I was about five years old, and the principal of the school did not accept me at first because I was so young. But eventually he did accept me, after finding out for sure that I was ahead of my peers in my studies.
On one occasion I was asleep at the time of the siesta, and the door of the house was open. The chickens and hens came in and I woke up terrified. I took a towel and started hitting the chickens, and they flew up to the idols which we used to face when we prayed. They fell onto the floor and broke, and thus I discovered that they were merely wooden statues and not gods. I addressed them, saying, “You are wood, you are not a god as my parents claim. You cannot help yourself, so how can you help anyone else?”
I decided to break them, but because I was so little and I was scared that my grandfather would beat me, I put them back in their place. I started to think about them, and I was certain that there had to be a true God Who had created the universe.
The following morning, I saw my grandfather sitting, and I sat down next to him and asked him, Are these idols gods? He said, No, but we make them the focal point of our prayer and it is as if we are before God when we pray. I remained silent, and I could not express what I felt in my heart.

A discussion with my grandfather
– When did this change in your life begin?
– In 1943, just before the end of the Second World War, I got hold of a book called The Gospel of Barnabas, in which I read words attributed to Eesaa (Jesus) (peace and blessings of Allaah be upon him). These words roughly meant, Your God is my God and your Lord is my Lord. I was surprised at that, because this was diametrically opposed to our beliefs. It was as if I could not understand it, but at that time I was no more than nine years old. I asked my grandfather about what these words meant, but he did not answer my question. Instead, he kept busy with a book, then he said, Do not read this book, for it will misguide you and take you out of your religion. Its author is not a Christian. I said, Is there a religion other than our religion? He said, Yes. I said, Is there a god other than our God? He said, No. I said, Is their religion better than our religion? He said, No, our religion is better than their religion, and our religion is better than all the religions.
I said, How do you know that? He said, I just know it, and I warn you not to read this book. I kept quiet and I did not know what to say.
After that, I asked my grandmother, then my father, my mother and my (paternal) uncles, but the answer was always the same  do not read that book.
I wondered, what is the secret in this book? Why are they telling me not to read it?
Can anyone say something about his religion that tells lies about his Creator?
What will happen if I read the book?
And other questions which went around in my mind. Finally I resolved to read the book in secret in my room, and I read it over and over again. I started to enquire about the religion of Eesa (peace and blessings be upon him).
In 1947 I left school and stopped attending religious services. I went to a house where there was an old man and I asked him to tell me the stories of the Prophets who were known to them, such as Dawood, Sulaymaan, Ibraaheem, Moosa, Nooh and Aadam (peace and blessings be upon them all). And I asked him some questions about religion.
When my father found out that I had stopped studying, he got angry and threatened to kill me, and his anger increased when he found out that I had stopped going to church on Sundays.
Seventeen years without resting
– But did you succumb to your father’s threats?
– I did not stop seeking for truth and I started to move from one city to another, from one island to another, for seventeen years without getting tired.

The turning point
– What was the turning point?
– In 1963 I reached the city of Marawi in Mindanao, which is in the south of the Philippines and has a Muslim population. My habit was that whenever I reached a new city, the first building I would enter had to be a place of worship, so I went into a mosque.
The Muslims were praying Maghrib, so I waited until they had finished, then I met the imam of the mosque and the people gathered around us. I said to the imam, What were you doing just now? He said, We were praying. I said, Is this your religion? He said, Yes. I said, What do you call your religion? He said, Islam. I said, Who is your Lord? He said, Allah. I said, Who is your Prophet? He said, Muhammad  (peace and blessings of Allah be upon him). I paused, because this was the first time I had heard of this, and I started to think. Then I said to him: What do you think about the Messiah? He said, He is Eesaa ibn Maryam (Jesus the son of Mary), peace and blessings be upon them both, and he is the Prophet of Allah. I said, What was his religion? He said, Islam  because all the Prophets followed the religion of Islam. Then I realized that we would not be able to talk for long, and I was a stranger in the city. I asked him, Do you have a book which I could read? He gave me three books in English:
One was The Religion of Islam by Ahmad Ghilwaash;
The second was a translation of the meanings of the Holy Quraan, translated by Abd-Allaah Yusuf Ali;
The third was a pamphlet about Aqeedah (correct belief).
Then I left the mosque and went to the place for which I was headed, and I started to read the first book closely for ten days, from cover to cover and I found what I was looking for.
Finally, I was sure that I had now found the religion of Eesaa (peace and blessings be upon him), which I had been looking for for twenty years. The books described how to do wudu and the pillars or essential parts of the prayer, so I went back to that part of the book and began to memorize it so that I would be able to put it into practice. On the morning of Friday, 24/6/1963, I went to the imam’s house and asked him: Is it permissible for a non-Muslim to become Muslim if he wants to?
He said, Islam is not just a religion for us Muslims; it is the religion for all of mankind and you have to become Muslim. Then he taught me how to do wudu and recite the Shahaadatayn, and how to do the prayer. When I had finished the prayer I asked him, Am I a Muslim now? He said, Yes.

Four years of study
Then I started to study Islam in the Islamic school in that city for approximately four years. Then I came to Makkah al-Mukarramah where I studied in a religious school. At the end of 1967 I got my student permit and in 1968 I received a grant to study at the Islamic University in al-Madeenah al-Munawwarah until 1979, where I gained the Certificate for completing my studies in the College of Dawah and Usool al-Deen.
Then I was sent by Daar al-Iftaa before it became a (government) ministry  to the state of Sabah in Malaysia. Until now I am still working as a Daa’iyah, calling people to Allaah, because the people who are being called are in urgent need of learning about Islam.