The energy of an Internet search 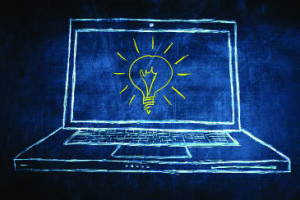